Dell’s Alienware gaming hardware division has agreed to become a multi-year sponsor and partner with Riot Games and its League of Legends global esports events.

The companies made the announcement at CES 2019, the big tech trade show in Las Vegas this week. The deal is a big one for Riot Games, helping to establish a stronger financial footing for its league, which is perhaps the biggest esports franchise in the world. It follows on Riot Games’ earlier announcement of a global sponsorship with Mastercard. Esports total viewership (both enthusiasts and occasional viewers) is expected to grow from 335 million in 2017 to 557 million in 2021, according to market researcher Newzoo.

Dell’s Alienware has also sponsored Team Liquid and its state-of-the-art training facility in Los Angeles. Frank Azor, cofounder of Alienware and the executive in charge of gaming, Alienware, and XPS at Dell, talked with me earlier about how Alienware has been involved with esports for more than a decade. 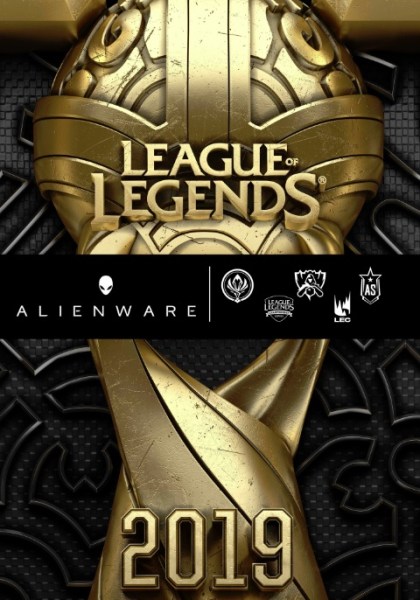 Above: Alienware and Riot Games have teamed up.

Alienware will become the official tournament display and PC partner of the League of Legends Championship Series (LCS) global tournament, as well as Riot’s European event, the League of Legends European Championship (LEC). Alienware will exclusively provide PCs and other hardware for the esports athletes at the esports events, where there will be more than 400 matches spread across the spring and summer seasons.

“This came from a conversation we had with Riot at last year’s CES,” said Bryan de Zayas, director of Dell Gaming, in an interview with GamesBeat. “We talked about the opportunities and challenges in esports, and what we could offer.”

Alienware will provide full support of the hardware operation behind the roadshow of international competitions that take place across five continents including showings at the 2019 World Championship as well as the 2019 NA vs EU Rift Rivals, powered by Alienware.

The support for League of Legends from Alienware and Mastercard support is notable because it happened after a sexist culture at Riot Games was exposed in an investigative story on Kotaku about the poor treatment of women employees at the Los Angeles company. Riot apologizedand said it has taken actions to change the culture to embrace diversity. 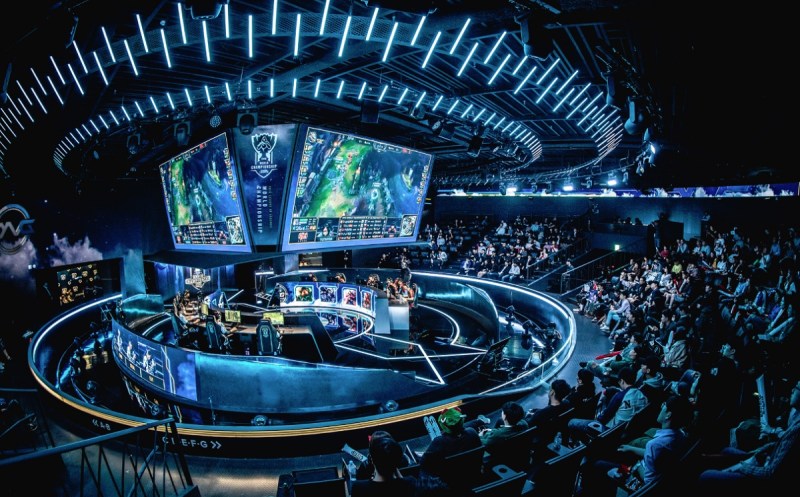 Above: Riot Games’ League of Legends is the biggest esport.

The league will use the Alienware Aurora R8 desktops, paired with the top-of-the-line AW2518H 240hz monitor. The fleet will be managed by SupportAssist and PremiumSupport Plus services backed by Dell enterprise-class support team with the ability to diagnose individual systems proactively and offer next business day on-site support in Dell regions across the world.

“We can expand this over the multiple years of this deal,” de Zayas said.

Alienware will be collaborating closely with Riot Games to introduce a variety of exciting broadcast innovations geared towards celebrating the elite skills of their competitors as well as creating pathways to enable the League esports experience to be more approachable and/or engaging for new and advanced players alike.

The PCs and monitors that our professional League of Legends players compete on are our equivalent of the official sporting equipment of other major sports — these are our game balls, bats, rackets, etc. Setting the gold standard for our sports equipment is critical when operating a global sport at scale,” said Naz Aletaha, head of esports partnerships at Riot Games, in an email. “We had to look no further than Dell Alienware to do just that. Dell Alienware, with its unmatched expertise in hardware and technology services, will help us continue to level up our sport — setting a global performance standard for the hardware that powers it and unlocking efficiencies in the rigorous operational logistics used to manage a fleet of hundreds of PCs across the globe.”

Fans will be able to see the specs for the systems and buy the same exact system that the pros are playing on. Riot will standardize on a system that can leverage Dell’s diagnostic tools, de Zayas said.

The sponsorship is a great way to reach millennial audiences, who are not likely to watch TV or commercials. But the fans of esports can’t help but see the Alienware logo all over the place at these tournaments. That’s like a commercial for Alienware that you can’t turn off.

“For us, that’s a huge benefit there,” de Zayas said.

For Riot Games, the sponsorship is good because it makes revenues from sponsorships more predictable over a multi-year period. That allows it and the esports teams make bigger investments in the league over the long haul.

De Zayas said Alienware isn’t concerned that League of Legends doesn’t require the latest and greatest PC, as you can play the game on a five-year-old PC.