The Rogue Initiative—founded in 2015 and led by alumni from the likes of Disney, Dreamworks, Pixar, Sony Pictures, Epic Games, and Microsoft—eschews traditional boxes. It’s a mashup, combining a variety of mediums and perspectives to tell new kinds of stories with real-time, interactive experiences.

“Setting out on this new company, it was always our passion to find a way to combine traditional storytellers from Hollywood film, animation, and television with interactive storytellers,” explains Pete Blumel, The Rogue Initiative’s CEO and Creative director. “We’re bringing those two cultures together from a storytelling perspective, as well as bringing the production methodologies, the technologies, as it were, together. They’re two bridges we’re building. They’re very separate, but they lead to the same place.”

When he was at Dreamworks, working on projects like Shrek, and then at Amblin Entertainment, Blumel saw how many interactive projects—like game tie-ins—wouldn’t have enough time for the end product to be “worth doing”. Ultimately, they’d end up becoming a piece of marketing slapped onto a film.

At The Rogue Initiative, the approach is very different. “We work ahead of schedule and build out the worlds and the IP, and then see how they could work as a game, a VR experience, and a motion picture or animated series holistically, and then use technology like Unreal, Unity, and CryEngine to really leverage those things and make them happen.”

Blumel sees the company as sitting in the middle of that Venn diagram between filmmakers and interactive storytellers. And that center is getting larger. “Every studio, every production company, every VFX company, every trailer house is trying to get into real-time engines. We just happen to know engines pretty well. A lot of us come from Activision, Infinity Ward, and other big companies working on big IP on the interactive side. We thought: we don’t want to copy Hollywood and Hollywood shouldn’t copy us. We should create IP together that will make something look good using that engine, whether it’s CryEngine or Unreal.” 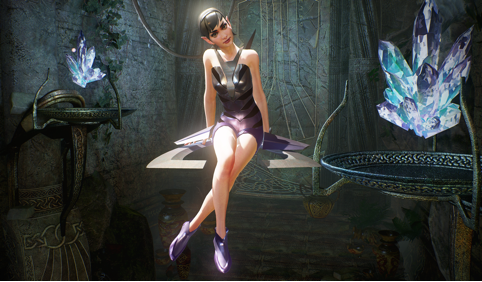 It continues to grow, but the VR side of the industry is still nascent. It’s not, Blumel admits, a space where you can make a giant blockbuster, though with Michael Bay as a partner, there’s no dearth of blockbuster experience. Right now, the focus is on figuring out where VR fits, how to monetize it, and learning from each new project.

“Those are the things we tackle. We tend to take our time. We look at the next technological lily pad, if you will, and then R&D it and decide if we want to create some sort of prototype against that, and then see if we can monetize that prototype. The products we’re releasing currently are meant to evolve by looking at certain things: game mechanics, storytelling, technology.”

What does that actually mean for games? “Basically, what we tend to think of in terms of gameplay is a concept called low floor, high ceiling,” design director Nghia Lam clarifies. “Meaning we want to design every piece of mechanical function in the gameplay so people can jump in without having to learn anything and start playing. Except once you get into playing and you learn the controls, they’re very expandable. It’s designed so the player explores their own talent instead of trying to lead them down a garden path.”

Practically speaking, it’s about trying to remove limitations and roadblocks. In a combat situation, for instance, the game might throw some enemies at the player, but how they fight the enemies and use the tools they’ve been given is largely up to them. When there are insurmountable limitations, the team then has to approach them creatively.

These sorts of philosophies have been applied to Crowe, The Rogue Initiative’s in-development action-adventure game, the first episode of which launched in May. It’s a fantastical sci-fi journey through an alien world complete with techno-fairies and 1,000-year-old mysteries. Since launch it’s also grown an action-packed survival arena mode and a sedate exploration mode, Experience: Jayde, which lets players nosey around in passive, relaxing environments that also tease areas from future installments. 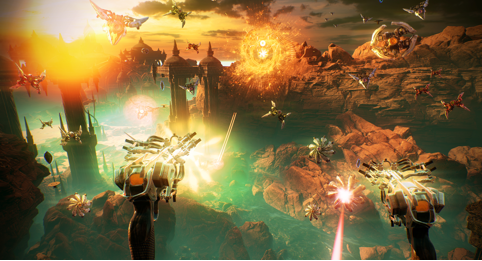 “We wanted to tell a classic coming of age story in a science fiction-fantasy world, but in the context of an adventure story,” says Lam. “What we’ve tried to do in our narrative is give the player the opportunity to discover these wonders in a world they’ve never been in before. That’s very potent in the VR space. In previous games, like Legend of Zelda, you can watch your character from a bird’s eye view, interacting with objects, but in the VR space you’re in that space finding these things yourself, discovering these living moments.

“Once we got the context of the fantasy adventure aspect of that story, then we started working on the mechanical components and narrating how the operations of that fantasy work. When you approach a door, we have to figure out mechanically how that door would open using different switches or things that would make it operate in a non-conventional way, so there’s a sense of wonder.”

In VR games like Crowe, but also more generally, one of The Rogue Initiative’s most challenging obstacles has been the room scale. Lam explains that since players only have a small space to play in, a restriction of the sensors, anything beyond that requires the developer to conjure up a vehicle of some kind to transport the player over longer distances. In the case of Crowe, a teleportation system was created, where the player must shoot arrows at magical beacons, transporting them to that target.

“There are, of course, some free-roaming things; some more untethered VR experiences that we’re exploring as well,” adds Blumel. “We have a variety of partners out there that are making these venues, what they call location-based engagement. The next evolution of this is walking around in a space with friends. You’re familiar with the Ghostbusters experience The Void did? That’s a good example. That’s very compelling as well. That’s the next step. The baby steps in R&D, tech, gameplay, design, that’s the next evolution for us.”

During the development of Crowe’s first chapter, some ideas ended up on the cutting room floor, some evolved into entirely news things, and others ended up working in unexpected places. “On the game side, you put in a mechanic, and then you’re like, gosh, that didn’t work, that really sucked,” says Blumel. “But that mode works really well for some other thing we want to do.” 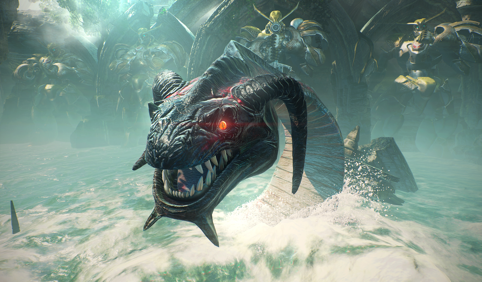 In a recent update, a free survival arena mode was introduced. It added twin pistols to the player’s arsenal, but it turned out that the shield deflection mechanic, where enemy fire is redirected back to them, from the first chapter also worked really well in the new mode.

“We’ve opened up the game for another audience, another way of achieving the same goals,” explains Blumel. “Kind of like Nghia was saying…is there more than one way to finish a game or get through an experience? We created that inadvertently by adding that mechanic. A lot of that happens in game design.”

The Rogue Initiative team is about 18 people in size, with Blumel and Lam doing most of the writing. For larger projects, however, “Hollywood writers” would be brought on. What they mean by that, aside from the bigger bill, is someone experienced in film, TV, animation features—whatever fits most with the project—who could write out a series or movie bible along with Blumel and Lam.

“If it’s a film and we’re looking at something like the Michael Bay property we have, we’re looking at a very big budget for a very high-level writer to come in and say, we’re going to create this holistic property. We’re going to work with the writer to create this feature film, as well as what the world would look like in a console game and anything that goes in companion pieces—a mobile experience, a VR experience, things like that. It just depends on each project and what we think would be the right type of writer that could inform it.”

There are several unannounced projects that will see these “Hollywood writers” working alongside Blumel and Lam, as well as Agent Emerson, a virtual reality film that’s coming soon. Right now, however, it’s Crowe that’s showcasing The Rogue Initiative’s ambitions. The developer hopes that it’s an experience that makes players feel like they’ve been transported somewhere else, where they might forget whatever they’re meant to be doing with their day.

“We have a lot of guests that come through here,” says Lam. “They play the game and they get through the experience, and when they take off the VR goggles, they always say, ‘Aww man, I’m really sad that I’m back in Los Angeles.’ They want to stay