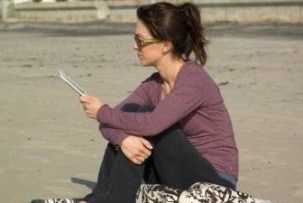 Penguin Books, one of the largest publishers, has agreed to terms with Amazon.com over the price of new Penguin e-books for Amazon’s Kindle reader. The move will return about 150 Penguin titles to Amazon’s electronic shelf. Amazon had removed them in April in retaliation for Penguin’s refusal to sign onto a new pricing plan.

But take note: As Reuters reports, neither Amazon nor Penguin will officially disclose the terms of the deal yet.

“A few weeks ago Penguin, owned by Pearson, stopped providing its new titles. Amazon in return dropped the prices of some of those same physical hardback titles to US$9.99 for delivery to homes … A Penguin spokeswoman would not comment on the specific terms of the deal. A spokesperson for Amazon was not immediately available.”

Publishers in general have been trying to institute what’s called an “agency model” for e-books, in which the publisher sets the price and the seller, such as Amazon, must sell at that price in exchange for a cut. Apple has agreed to agency model selling for its iBooks program for the iPad tablet. In general, publishers want to charge $12.99 and up for popular books, while Amazon wants to charge $9.99 in order to drive Kindle sales.

Ironically, the iPad’s arrival has meant higher prices, not lower, because Amazon no longer has a near monopoly of e-books sales and therefore can’t dictate its loss-leader prices.