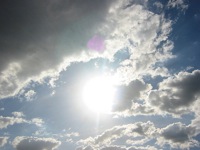 Amazon’s Elastic Compute Cloud (EC2), which is probably the most prominent environment for running web applications in the Internet cloud, has announced two big moves that should solidify its dominance and increase its appeal to big business users.

Most importantly, Amazon took the “beta testing” label off EC2. Though the label didn’t stop some developers from launching apps on EC2 and others from launching services to supplement it, it was probably still a drawback for anyone wanting to build their business around Amazon, and probably a dealbreaker for big companies.

Now, it’s almost as if the cloud has finally gotten its official seal of approval, especially with EC2’s service agreement guaranteeing 99.95 percent uptime. Consultants Marty Abbott and Michael Fisher of AKF Partners previously criticized the absence of such a guarantee in their column on why “the cloud isn’t for everyone.” (EC2 now guarantees 0.05 percent more uptime than Amazon’s Simple Storage Service, S3).

Also, as announced at the beginning of the month, EC2 has added support for Microsoft Windows Server. As I failed to hammer home at the time, it looks like Amazon is trying to stay competitive with Microsoft, which plans to launch its own platform for cloud development. The timing is revealing. Amazon announced its support for Windows Server on the same day that Microsoft started generating press for its cloud platform, and Amazon has actually rolled out that support just a few days before the Professional Developers Conference in Los Angeles, where Windows Strata (as it’s rumored to be named) will be unveiled.

Amazon also mentioned new features that will be released next year, such as a console to simplify management within its web services, as well as load balancing, automatic scaling and cloud monitoring. In essence, it’s starting to provide a lot of those extra services that startups could be making money from too. That could be a threat to companies like RightScale and Elastra. (Which is particularly interesting since Amazon just invested in Elastra.)

Google, Microsoft and Rackspace may all be eyeing the cloud, but Amazon remains at the head of the pack for now.

Update: I just finished calling Elastra’s marketing vice president Ariane Lindblom and RightScale’s chief executive Michael Crandall. Both said that the new services Amazon promises work at a much lower level than the management that Elastra and RightScale offer — basically, Amazon’s new features give the companies better infrastructure and more tools to work with.

On the other hand, a company that just provided scripts for tasks like autoscaling and load balancing might be threatened, Lindblom said.

Crandall said that more and more customers are interested in working on multiple clouds, not just Amazon’s, which RightScale offers. Also, he noted that it’s hard to say exactly what Amazon’s new services will look like: “These are just a few lines on a press release.”

RightScale also has a blog post outlining its take on today’s news.