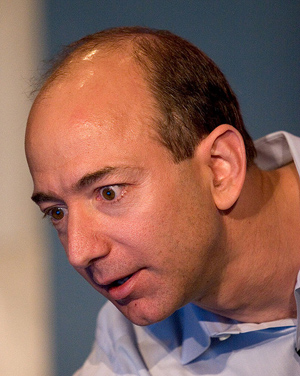 Many analysts were unsure where Amazon would stand this past quarter with the launch of the much-hyped $199 Kindle Fire tablet. The device wasn’t estimated to be immediately profitable for Amazon, but the company expected people to purchase media for their devices and was counting on those book, music, movie, and TV sales to make up for it. One analyst predicted Amazon sold 6 million Fires this quarter but Amazon would not say how many units were sold.

“We are grateful to the millions of customers who purchased the Kindle Fire and Kindle e-reader devices this holiday season, making Kindle our bestselling product across both the U.S. and Europe,” said Amazon CEO Jeff Bezos, in a statement. “Our millions of third-party sellers had a tremendous holiday season with 65 percent unit growth and now represent 36 percent of total units sold.”

From a revenue standpoint, the company did fairly well with $17.43 billion in sales — a 35 percent increase from the year-ago period. But the company missed wide on profits, with net income decreasing 58 percent to $177 million, or $0.38 per diluted share, compared with net income of $416 million, or $0.91 per diluted share, a year ago. Operating income for the company was $260 million in Q4, compared with $474 million in the year-ago period.

Unfortunately, even the revenues did not meet steep Wall Street expectations of $18.3 billion, according to estimates from FactSet Research.

Amazon’s stock price in after-hours trading reflected the disappointment, and has gone down between 8 and 10 percent in the past half hour.