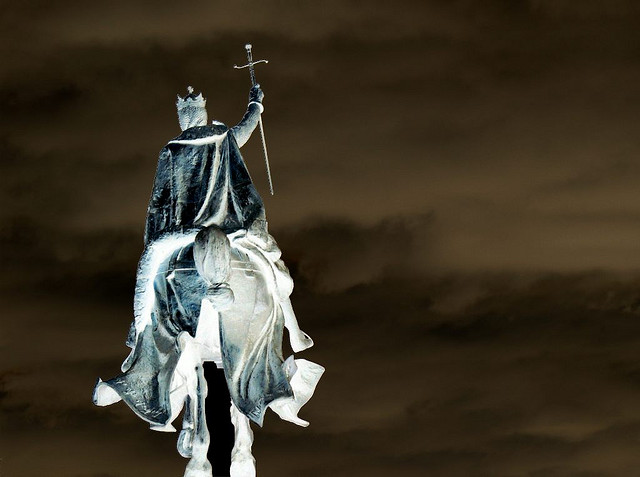 Would the prospect of streaming your personal collection of movie titles anywhere, including your new Amazon Kindle Fire, entice you to purchase more flicks? Movie studios desperately hope so and are, according to sources, seeking to align with Amazon to make that vision a reality.

Sony, Warner Bros. and Universal Pictures are said to be courting Amazon in the hopes that the Kindle Fire-maker will join the UltraViolet alliance, and allow its customers to upgrade their previously purchased movies to the new UltraViolet streaming format, Bloomberg is reporting.

UltraViolet is a DVD and Blue-ray format that lets customers store their purchased movies and TV shows in the cloud for instant streaming and downloading to mobile devices, tablets, internet-connected television sets and Blu-ray players, and video game consoles. All the major movie studios, with the exception of Disney, have joined the UltraViolet alliance, and each began selling their titles in the new format in October 2011.

Apple is not a member of the UltraViolet group — a huge bummer for the studios — and that leaves Amazon as a final-resort, must-have friend for the studios.

Thankfully, Amazon is said to be seriously considering a deal that would let its existing customers convert the movie titles they’ve already purchased via Amazon to the new UltraViolet format for a one-time 99 cents or $1.49 fee. The conversion offer, said people familiar with the matter, could be announced as soon as the Consumer Electronics Show in January.

The logic goes that if Amazon, a leading online entertainment seller, hawks and supports UltraViolet, it could entice customers to buy, as opposed to just rent on the cheap via Netflix or Redbox, studio titles. And, in a perfect world, ride in like a white knight to save a DVD business that’s hemorrhaging movie sales to the dark horse digital rental business.

But even with Amazon in its corner, the studios will still likely face a fierce battle in convincing consumers to purchase DVDs.