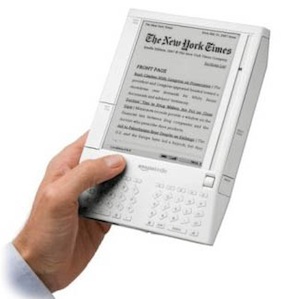 Amazon.com just released its numbers for the fourth quarter of 2008, and it cleared analyst expectations with a healthy margin.

The online retailer had been expected to earn $0.72 per share, but it actually made $0.85 per share. And its revenue rose to $9.52 billion, up 42 percent over the same period last year.

The press release outlining the earnings emphasizes the success of Amazon’s Kindle e-book readers, though it doesn’t actually provide many details. Specifically, Amazon isn’t sharing how many Kindles it has sold, but founder and chief executive Jeff Bezos says “millions of people” now own a Kindle and that Amazon sells six Kindle books for every 10 physical books.

With such emphasis on the Kindle devices, I’m guessing Amazon isn’t going to give up much ground to to Apple’s just-announced iPad without a fight.

Meanwhile, Amazon also completed its acquisition of Zappos during the quarter, and said the shoe and clothing seller contributed $200 million in revenue.