London-headquartered food delivery company Deliveroo has raised $575 million in a series G round of funding led by Amazon, with participation from T Rowe Price, Fidelity Management and Research Company, and Greenoaks.

This takes Deliveroo’s total funding to more than $1.5 billion since it was founded in 2012. Though the company hasn’t revealed a current valuation, we do know it was valued at more than $2 billion at its series F round back in 2017, so it was already comfortably in unicorn territory.

Similar to Uber Eats, Deliveroo provides transport infrastructure that allows restaurants of any size to offer customers delivery — without having to hire their own drivers. Through the mobile app, users can see which restaurants are signed up to Deliveroo in their area, place their order, and track their food on a map in real time. The company operates in more than a dozen countries across Europe, Asia, and the Middle East. 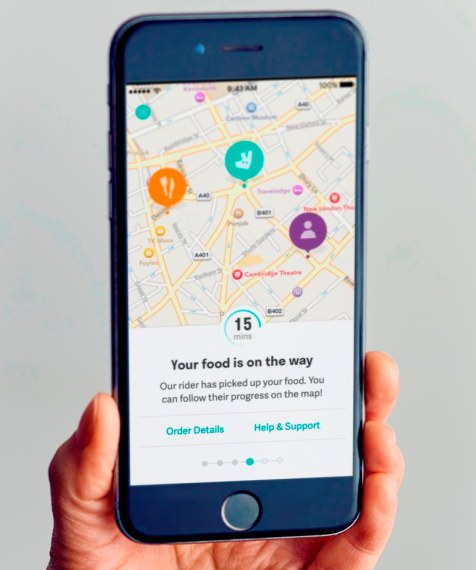 Back in 2017, Deliveroo announced a new platform that enables restaurants to open delivery-only kitchens. Called Deliveroo Editions, the setup leverages Deliveroo’s arsenal of data to establish where customer demand for specific types of cuisine is highest, and Deliveroo then encourages appropriate eateries to open up small kitchens near those areas. For restaurants looking to expand, Editions reduces the risk of setting up shop in expensive neighborhoods, as operations are based out of small huts equipped with the necessary facilities. Deliveroo provides the infrastructure, kitchens, marketing support, software, and fleets of couriers.

The concept highlights how businesses are evolving around the transportation network infrastructure enabled by the likes of Deliveroo — operating a delivery-only kitchen, for example, would previously have been much more difficult and expensive. Deliveroo will use some of its new cash influx to support this effort, alongside growing its engineering team at its U.K. headquarters.

“This new investment will help Deliveroo to grow and to offer customers even more choice, tailored to their personal tastes, offer restaurants greater opportunities to grow and expand their businesses, and to create more flexible, well-paid work for riders,” said Deliveroo CEO and cofounder Will Shu. 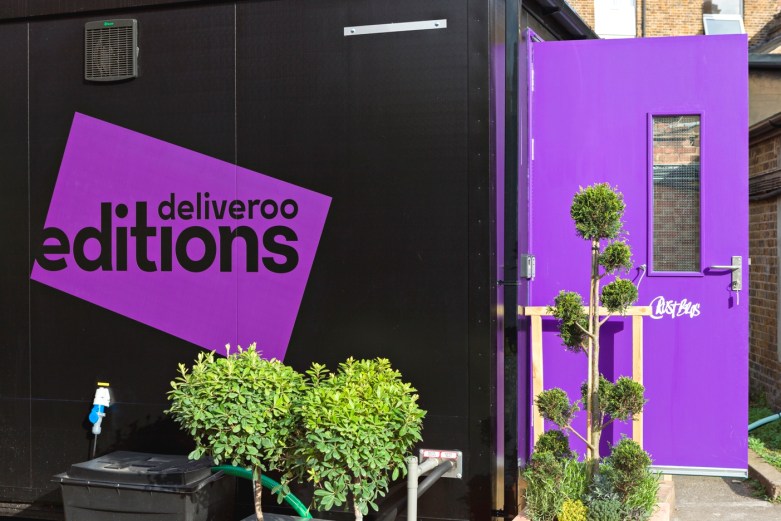 As with other players in the burgeoning on-demand delivery realm, Deliveroo has faced its fair share of controversy over its pay and treatment of drivers. Back in 2017, Deliveroo won a court battle with a ruling that it didn’t have to guarantee riders minimum wage or holiday pay.

It’s also worth noting that while Amazon still offers a Deliveroo-style restaurant delivery service in some countries, it shuttered its U.K. unit last year. This is a sign of how competitive the market is, with Uber Eats, Deliveroo, and Just Eat all fighting for their piece of the, um, pie. Reports actually emerged last year that Uber was looking to snap up Deliveroo, which would have made a lot of sense for the ride-hailing giant, given that food delivery was estimated to represent around 17% of Uber’s total revenue during one quarter last year.

Amazon evidently prefers to bet on one of the existing players than to continue fighting three incumbents — and it’s clearly not going to invest in the publicly traded Uber or Just Eat, leaving Deliveroo as the obvious candidate for its cash.

“We’re impressed with Deliveroo’s approach and their dedication to providing customers with an ever-increasing selection of great restaurants, along with convenient delivery options,” added Amazon U.K. country manager Doug Gurr. “Will and his team have built an innovative technology and service, and we’re excited to see what they do next.”