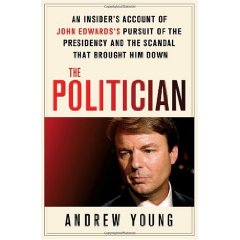 We reported on Friday that all Macmillan book titles, minus a few stragglers, had been removed from Amazon.com’s U.S. site and its Kindle e-books store. The books were still listed, but you couldn’t buy them from Amazon, and still can’t on Sunday evening. Only links to third-party sellers are available. If you want to buy the bestselling tell-all about John Edwards, The Politician, a book that’s all over TV and radio talk shows this weekend, you’ll have to go somewhere else.

What happened, we’ve learned via forwarded communications from Macmillan and Publisher’s Marketplace, is this: Macmillan went to Amazon last week and told them that they earnestly believe Amazon’s $9.99 pricing for Kindle copies of books — a loss-leader price designed to jump-start Kindle sales and use — was bad for Macmillan, bad for their authors, and bad for the book business.

As an agent, Amazon would get a cut, probably around 30 percent, of each sale. But Amazon wouldn’t be allowed to knock down prices to move units. Macmillan’s public stance was that Amazon would make more money per book from the agency model, so everyone should be happy. Even e-book buyers, because Macmillan could bring them more books in the long run, albeit at a higher price.

Amazon’s public stance on Friday was: Take a hike, Macmillan. If that’s the only way we can sell your books, we won’t sell them at all. We’ve deleted your print titles. Sorry, did we break your concentration?

Today, Amazon changed their stance. In a post on the Kindle forum, an official company statement says:

Macmillan, one of the “big six” publishers, has clearly communicated to us that, regardless of our viewpoint, they are committed to switching to an agency model and charging $12.99 to $14.99 for e-book versions of bestsellers and most hardcover releases.

We have expressed our strong disagreement and the seriousness of our disagreement by temporarily ceasing the sale of all Macmillan titles. We want you to know that ultimately, however, we will have to capitulate and accept Macmillan’s terms because Macmillan has a monopoly over their own titles, and we will want to offer them to you even at prices we believe are needlessly high for e-books. Amazon customers will at that point decide for themselves whether they believe it’s reasonable to pay $14.99 for a bestselling e-book. We don’t believe that all of the major publishers will take the same route as Macmillan. And we know for sure that many independent presses and self-published authors will see this as an opportunity to provide attractively priced e-books as an alternative.

Kindle is a business for Amazon, and it is also a mission. We never expected it to be easy!

Thank you for being a customer.