Amazon has partnered with Sandboxr, a company specializing in 3D-printed collectibles, to let you create customized 3D printed figures of video game characters from Smite, Infinity Blade, and Primal Carnage.

Amazon launched its Shapeways-like 3D printing store last June, giving consumers access to tools such as filament, computer aided design (CAD) software, and other related accessories. But alongside this, the Internet giant also offered a myriad of customizable 3D-printed products, such as jewelry, lamps, and Raspberry Pi cases. It’s designed to help showcase the potential of 3D printing. 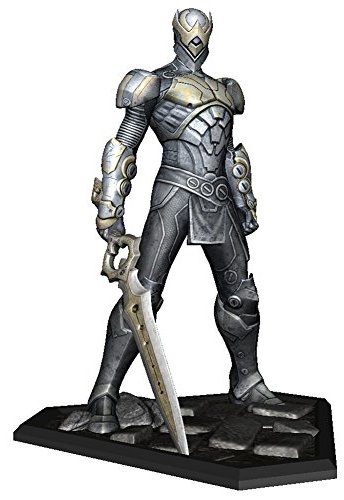 Now, users can select almost 40 characters from three popular video games and, using a little widget, tailor the figurines by pose, animation, accessory, and base.

To start, you select which game character you want to tweak, and hit the “Personalize Now” button. Then it’s just a case of choosing from different designs, poses, sizes, and more. You can also preview the creation before committing to purchase. Prices start at $30, and run all the way up to $90.

The rise of 3D printing

3D printing has yet to fully embraced by the mainstream, but it’s estimated that the global market grew by almost 70 percent last year, generating more than $3 billion in revenues. Indeed, a growing number of consumer companies are now embracing 3D printing and using tech to extend experiences.

Earlier this year, Warner Bros. announced Lego Dimensions, a hybrid mashup of toys and video games that lets players buy Lego pieces that are used to build characters and other “things” that appear in the game. Shortly after, design-centric software company Autodesk announced a partnership with Mattel to create a new immersive experience — basically, kids can design and print their own toys.

One of the biggest obstacles in bringing 3D printing to the masses is the practicalities of gaining access to a 3D printer. That’s why MakerBot, which makes such tech, teamed up with crowdsourced printing network 3D Hubs back in April to help bring the technology to designers who don’t have their own dedicated machine. The move was designed for those who only have an occasional need to 3D-print their creations, or for those who can’t afford their own dedicated machine.

“There is a lot of passion and excitement in the culture of gaming, as well as 3D printing, and by combining these two worlds and allowing customers to design and personalize their favorite video game characters we can bring enthusiasts even closer to the games they love,” explained Steve Johnson, director for Amazon Marketplace. “3D Printed Products on Amazon is still in its early days, and we are eager to offer customers the freedom to be designers and create one-of-a-kind items.”

Meanwhile, check out this little video detailing the creation of some of the video-game figurines..