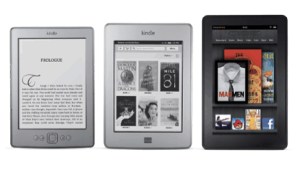 Amazon today released its 3rd Quarter earnings, turning in a per-share performance of just 14 cents, missing Wall Street expectations of 25 cents per share by a wide margin. The ecommerce giant saw revenue decrease by 73 percent, to just $63 million, which is likely to further punish the stock price.

“September 28th was the biggest order day ever for Kindle, even bigger than previous holiday peak days — we introduced Kindle Fire for $199, Kndle Touch 3G for $149, Kindle Touch for $99, and our all new Kindle for only $79,” said Jeff Bezos, founder and CEO of Amazon.com, in a statement included with the earnings report. “In the three weeks since launch, orders for electronic ink Kindles are double the previous launch. And based on what we’re seeing with Kindle Fire pre-orders, we’re increasing capacity and building millions more than we’d already planned.”

While pre-order numbers have been encouraging, the release of the Kindle Fire is also likely to super-charge digital revenue through the purchase of apps, as well as new subscribers joining Amazon Prime for access to streaming movies, TV shows and other digital content. As many as 5 million Kindle Fire units could be sold during the holiday season according to analysts’ predictions.