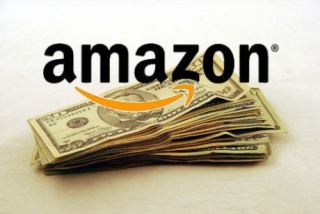 Amazon stock stumbled today when a Goldman Sachs analyst estimated the company’s quarterly sales at $17.9 billion rather than the earlier estimate of $18.2 billion.

AMZN, which was trading on the NASDAQ as high as $178 earlier this week, briefly dropped to $167 this morning as analyst Heather Bellini’s note was made public.

As of this writing, AMZN has returned to trading at $173.26. Bellini named a price target — the price at which current investors would be best to exit — of $190 in her note.

“For the stock to materially appreciate in the near term would require the company to beat and raise on the bottom line over the next few quarters,” her note read.

“Given our lower operating forecasts for 2012, we see this scenario as unlikely.”

On the other hand, Amazon itself is nothing but positive about its Q4 activity. Earlier today, the company countered Bellini’s prediction with news that the 2011 holiday shopping season was Amazon’s best season to date. Online holiday shopping overall amounted to a $35.3 billion market during the last couple months of 2011 alone, and Amazon captured its fair share of that number.

In particular, Amazon’s sales of its Kindle lineup (especially the new Kindle Fire tablet/e-reader hybrid) have been astounding. Throughout November and December, Amazon has been selling roughly one million Kindle units each week. For the entirety of Amazon’s Kindle lineup, Black Friday sales figures quadrupled year over year. At that time, the company also stated the Kindle Fire had been its top-selling product for the previous eight weeks.