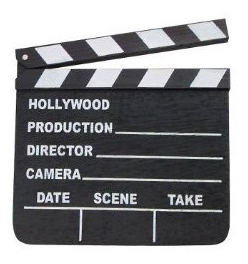 The studio will give away $2.7 million in cash prizes, in addition to developing a top project as a full commercial film through a deal with Warner Bros.

From filmmakers, the studio is looking for submissions of “test movies” — full-length, low-budget amateur movies made from an original script or a script submitted as a part of the contest. From screenwriters, it’s seeking original movie scripts. The best movie script will receive $100,000, while the best movie will bag $1 million.

All submitted scripts and movies can be reviewed by fans on Amazon Studios‘ website, where the company has also produced and posted five sample movies potential participants can take inspiration from. Judges on the panel include the screenwriter of “Top Gun”, Jack Epps, Jr., and “Face/Off”, Mike Werb, along with Mark Gill, the former president of Miramax.

To keep its content submissions “rookie-level,” the company is asking entrants to give Amazon 18 months of exclusive rights, something it doesn’t expect working Hollywood filmmakers and scriptwriters to adhere to.

While somewhat of an uncharacteristic move by an e-commerce company, it’s not out of Amazon’s ambit. Last year, the company had a similar contest asking submissions of TV commercials advertising its Kindle product, and earlier this year, a contest for budding novel authors to win a publishing contract.

Submissions end Dec. 31, 2011, when the company will announce its major cash prize winners. Until then, it will also be giving away minor awards every month throughout next year.