Amazon has announced plans to help existing employees start their own package delivery companies. The initiative is an extension of the Delivery Service Partner program the ecommerce giant announced last summer.

By way of a quick recap, Amazon revealed back in June that it wanted to create a network of independent delivery fleets, a major move that would put it up against such long-established logistics players as Fedex and UPS. Digging into the nuts and bolts of the program, Amazon anticipated that each participant would need an initial budget of around $10,000 to cover overhead costs such as vehicle leases (from Amazon) and staff. To counter this expense, Amazon insisted that each “entrepreneur,” as the company calls them, could garner profits of up to $300,000 each year. In short, it is a smart way for Amazon to expand its delivery infrastructure without taking on any of the direct financial commitments itself.

While there had been nothing to stop Amazon employees from applying previously (and some had), this latest expansion to the Delivery Service Partner program means the company is now promising to cover some of their startup costs, including “up to” $10,000 plus the equivalent of three months of an employee’s most recent salary. Amazon also confirmed that it’s expanding the program to include its employees in the U.K. and Spain, where it will also cover their startup costs.

“We received overwhelming interest from tens of thousands of individuals who applied to be part of the Delivery Service Partner program, including many employees,” Dave Clark, senior vice president of worldwide operations at Amazon, said in a statement. “We’ve heard from associates that they want to participate in the program but struggled with the transition. Now we have a path for those associates with an appetite for opportunities to own their own businesses.” 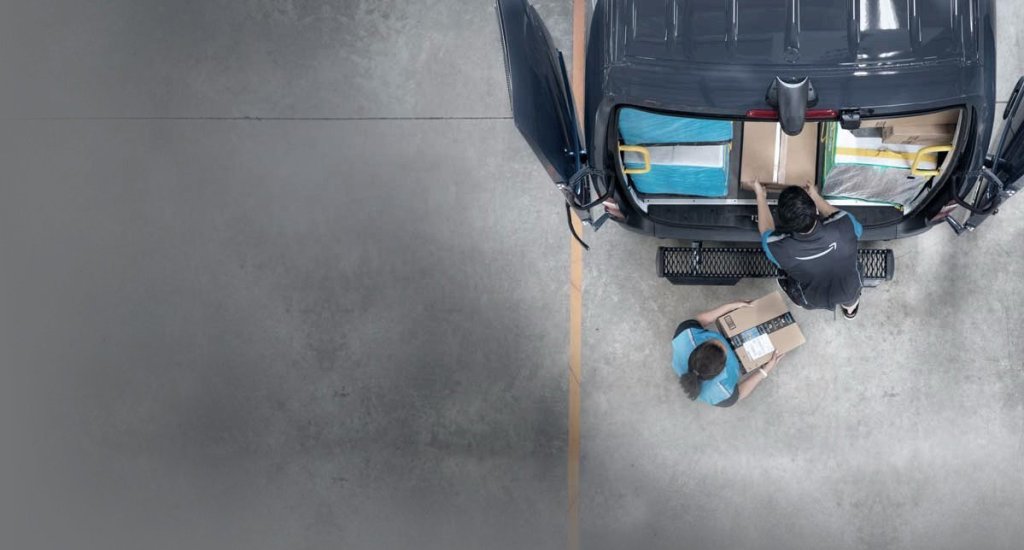 Above: An Amazon-branded van

Amazon claims north of 600,000 employees globally, around 250,000 of whom are in the U.S. — in fact, it is one of the biggest employers in the country. However, it has faced growing criticism for the working conditions and practices at its various hubs and fulfillment centers, and it has been fighting to improve its reputation through various initiatives, such as raising its minimum wage to $15 per hour. Since 2012, the company has also offered a program called Career Choice, which pays most of an employee’s tuition for courses related to “in-demand fields.”

Amazon said that since its debut last June the Delivery Service Partner program has seen the launch of 200 logistics-based businesses. And by focusing on existing employees, the company hopes to add “hundreds more” businesses throughout 2019.

It’s worth noting that Delivery Service Partner participants are separate from those who drive for the company’s peer-to-peer (P2P) delivery program, called Flex, which effectively lets anyone who owns a car courier for Amazon in their spare time.

With Amazon recently vowing to reduce delivery times to one day for Prime subscribers, it will need all the people it can get — which is why it is investing so heavily in improving its transport capacity through programs such as these.