Amazon Web Services (AWS) is finally launching datacenter infrastructure in Africa, with the Amazon subsidiary today revealing plans to open three availability zones in Cape Town in the first half of 2020.

The news comes ahead of Amazon’s hotly anticipated Q3 financials, and a month after Amazon briefly became a trillion-dollar company.

Launched in 2006, AWS serves companies of all sizes with “elastic” cloud computing capabilities that eliminate the need for them to have their own on-site servers. 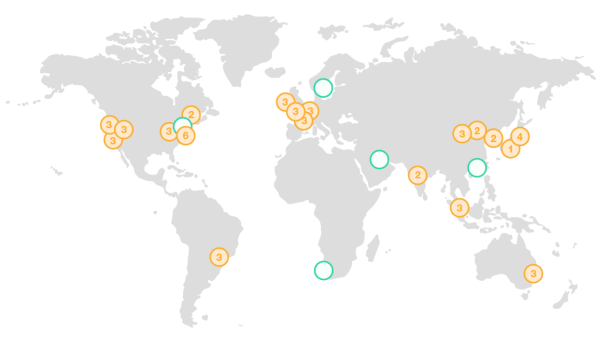 It has five additional regions in the works, including its first Middle Eastern region, which is expected to open next year.

Though Amazon can already serve African customers from its other regions, it’s important to have datacenter infrastructure as close to your customers as possible, as this helps reduce latency and improve data-transfer speeds, which is why the company is now looking to launch three availability zones in South Africa.

“Having built the original version of Amazon EC2 in our Cape Town development center 14 years ago, and with thousands of African companies using AWS for years, we’ve been able to witness first-hand the technical talent and potential in Africa,” noted AWS CEO Andy Jassy, in a press release. “Technology has the opportunity to transform lives and economies across Africa, and we’re excited about AWS and the Cloud being a meaningful part of that transformation.”

Microsoft has previously announced plans to open its first African datacenters, in Cape Town and Johannesburg, sometime in 2018. Google has yet to announce anything for Africa in terms of its Cloud Platform, but now that Microsoft and Amazon have shown their hands, you can bet Google will reveal something in the not-too-distant future.