It’s been a long ride for Mark Papermaster, chief technology officer at Advanced Micro Devices. But the journey to challenge Intel in the race to design, make, and ship the best microprocessors on the planet is paying off.

At CES 2020, the big tech trade show in Las Vegas, AMD was on a victory lap. The company showed off its new Ryzen 4000 mobile processors, based on its Zen 2 architecture and cost-efficient 7-nanometer manufacturing process. I talked to Papermaster at CES, and he was gratified to see 7nm manufacturing roll out across the entire AMD product line, including the new Radeon 5600 graphics processing units.

Coming soon is a monstrous, $4,000, 64-core AMD Threadripper processor that will claim the title of the most powerful microprocessor. And AMD is working on designing the next-generation processor architecture, dubbed Zen 3. I joined in a group interview with AMD CEO Lisa Su, and I also had an opportunity to sit down with Papermaster one on one. 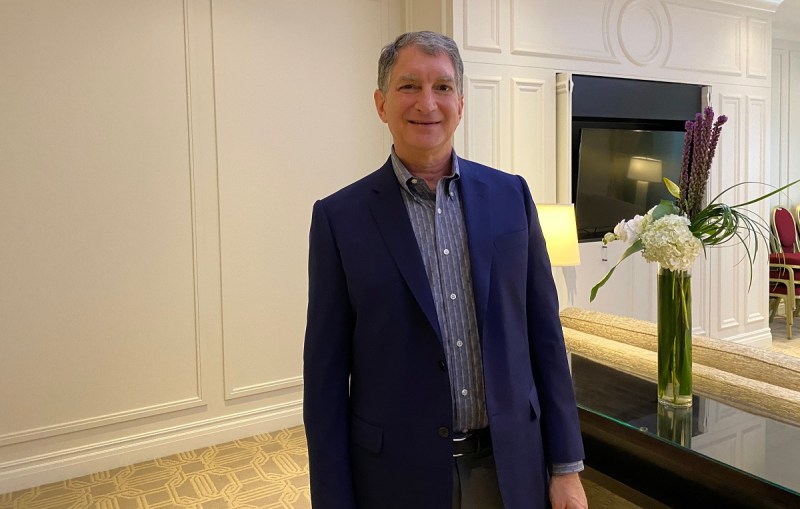 VentureBeat: It’s different from other times that AMD has had a shot. If you look at it from a tech point of view, what was important to you from [your announcements here at CES]? What technologies are the most important that have come out now?

Mark Papermaster: I’m excited about the products we’re announcing at CES. The course of 2020 is really completing the rollout of 7-nanometer [manufacturing] across our full product line. We made a huge bet several years ago on 7nm and married that foundry technology bet with our road map, which was centered on bringing the highest performance to our CPUs and GPUs. We’re super excited, with Ryzen 4000, to now bring that 7nm with the high-performance Zen 2 cores, with optimized graphics cores, into the notebook form factor, including the 15-watt ultrathin market. That’s very exciting for us.

VentureBeat: What’s been hard about bringing that out on 7nm? Is it more of a production-driven schedule? Are there a lot of technological steps that you’re taking with each product launch?

What we’re able to do with 7nm is have the fastest product launch we’ve ever had in AMD history. You look at the volume ramps we achieved. You don’t do that by launching every product on the same day. You want to thoughtfully look at the market. You look at what we did with our first launches in desktop. We demonstrated leadership in performance around Zen 2. If you look across Amazon or any of the retailers, Ryzen is holding down most if not all — it’s all of the top 10 spots on Amazon for highest-selling processors. [It was] clearly the right call to first take that leadership in CPU. It drove very high-volume adoption and demonstrated the prowess of Zen 2.

We then followed that with introducing our Navi graphics in 7nm. We showed the kind of graphics processing efficiency that we could bring with the new generation Navi architecture, again with 7nm, because 7nm with both CPU and GPU is allowing us to double the kind of computation in the same power envelope that we had in the previous processor node. We followed that with the server in the fall, and now we’re very excited to bring an integrated CPU and GPU Ryzen 4000. 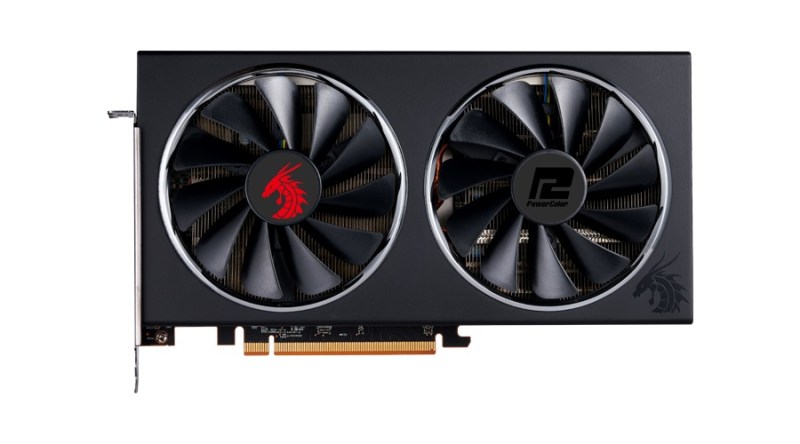 VentureBeat: How much credit goes to TSMC?

Papermaster: It’s a full partnership. We’re a different optimization point for the foundry than a smartphone, because of the kind of high performance we demand. It requires a deep partnership across AMD design teams and the TSMC process technology designers. That’s a bet we made several years ago. It was a very deep partnership. The aspects that allow that kind of density improvement — we can get a lot more processing per square millimeter in the same power envelope. A lot of that benefit comes from process technology. And then there’s significant elements, equally significant, that come from the design approach.

If you look at the Ryzen 4000, it has even further power management features beyond what we had in our previous generation. When you’re not actually playing a game, when you’re not using all the features of that PC, we have very fine-grained controls that gate off the power. That’s key to getting us the battery life and efficiency we have. It’s process technology and design.

VentureBeat: Some people pointed out that you’re able to get into some of these premium laptops. That hasn’t been AMD’s territory.

Papermaster: That’s absolutely right. Getting into the 15-watt and the ultrathin space is very exciting. It took all of that design and engineering, the partnership across the processor design and the foundry.

VentureBeat: Logically, this turns into market share. How do you think about what’s important there?

Papermaster: We’ve established a great momentum in 2019 in terms of market share gain. With the product announcements you see today, you’ll see continued growth as we expand the segments we can play in. Adding the ultrathin is very significant. You’ll see about a dozen platforms in this quarter leveraging our new Ryzen 4000, and you’ll see more to come as the year progresses. You’ll see continued growth in the markets that we launched across last year. The story of AMD has been providing that high-performance product, providing value to our customers. A steady share gain is coming as a result. 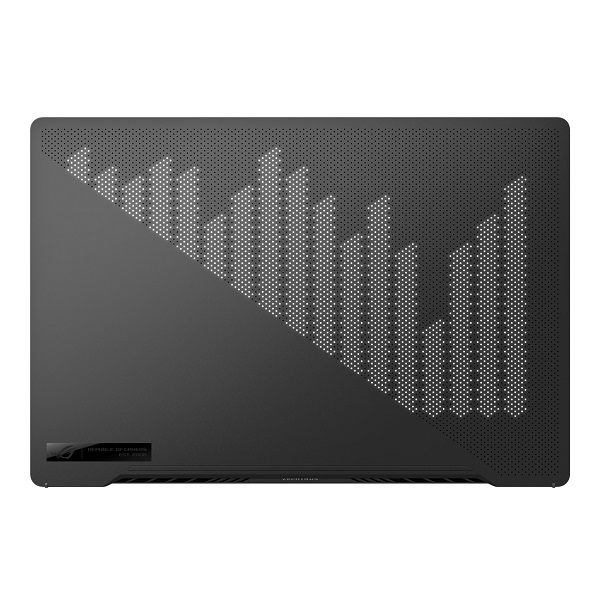 VentureBeat: On the APU side, what is the progression there? You’re designing more custom things for Microsoft and Sony. A desktop APU, is that logically the thing that follows?

Papermaster: When you look at our APUs, they’re very tightly integrated CPU and GPU, like the Ryzen 4000 we just announced. Certainly, our semi-customs and game consoles today are very tightly coupled APUs. Our partners for the next generation of game consoles will announce details over 2020 as they roll out. But generally, your point is well made. That is, the kind of workloads — not just in notebook, but in desktop — more and more want to leverage very fast across CPU and GPU computing.

You already see the kind of direction we’re on there with SmartShift, which we announced at CES this year. SmartShift is in a notebook configuration, in the first product we rolled out, allowing you to very seamlessly optimize across the CPU and GPU based on what you as the user need to optimize your experience. Those types of tight integrations across CPU and GPU, you’ll indeed see those move across our full product line and into desktop applications over time.

VentureBeat: If there’s a real estate division on your chips, how much of it is GPU versus something — what do you notice about where the emphasis is and where the choices are?

Papermaster: In a notebook configuration, obviously you always have to have a balance: CPU and GPU performance versus size of battery and length of usage that the battery can support. That’s a constant balance. What’s exciting about Ryzen 4000 is we’ve now reached an implementation point where Ryzen 4000 can support triple-A gaming with a monolithic die and a highly optimized implementation. But users really demand a whole range of computation. They want flexibility in the amount of GPU they want.

A high-end gamer wants to be able to add graphics capability. That’s what we support. SmartShift is a great example of an enabling technology. Even in a notebook configuration, you can add discrete graphics and optimize that experience. Then you look at desktop. That’s where the hardcore enthusiasts are, and that’s where you can choose. How many cores of CPU do I want? Now, with the 3990X, do I want 64 cores, 128 threads of CPU? Accordingly, how many GPU cores do I want to marry with that? With PCIe Gen 4, we’ve amped up the kind of bandwidth and connectivity between the CPU and GPU that you can deploy across our Ryzen plus Radeon road map. 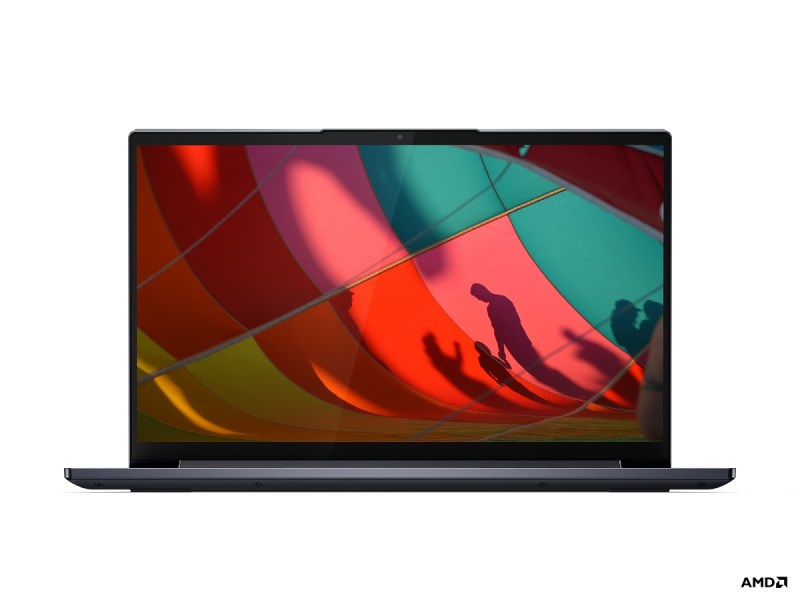 VentureBeat: If there’s something different about this generation of gamers and users, it seems like they’re uploading so much now. They’re creating content at the same time they play games. That changes the workload. How is that fitting with what you’ve designed?

Papermaster: The trend of users toward — first, from a consumption standpoint, they want higher resolution. They want very quick response when they’re gaming, because it’s the difference between winning and losing. The consumption is going up, and then the generation of content is going up. People want to share their gaming in real time. That certainly surprised me personally, how popular it’s become to watch others play games.

Of course, then you have the growth of pure content creation. The engines that we provide — the reason we focus on high performance is to focus on those trends, both in gaming and content creation. We want to enable a much broader population to be able to afford that kind of high performance in CPU and GPU that enables a better consumption experience and a better content generation experience.

You do need, to have the best experience, excellent bandwidth to the web. That’s why we work very closely with our partners to make sure we’re very tightly integrated with Wi-Fi, and as 5G takes off we’ll fully support 5G connectivity.