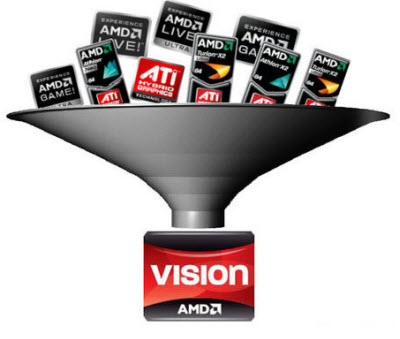 Chip makers love to give their products arcane numbers and incomprehensible names.

The Sunnyvale, Calif.-based chip maker will launch its Vision Technology marketing campaign today that gets rid of talk about technical specifications and instead focuses on what kind of applications the machine will run. It will combine the benefits of choosing both the right central processing unit (CPU, or microprocessor) and graphics processing unit (GPU, or graphics chip).

AMD will still market its high-end chips to gamers and other enthusiasts in the usual way, touting various technical features, said Leslie Sobon, vice president of product marketing at AMD. But the Vision campaign is aimed at mainstream consumers (folks who shop at Best Buy, for example), Sobon said. Using the catch phrase “see, share, create,” the company hopes to make a break from the way Intel has been selling its processors, with ever more-complicated code names.With the AMD pitch, consumers won’t be asked to learn the difference between gigahertz and gigabytes. 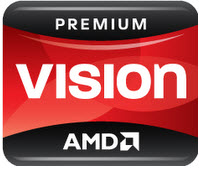 At least four computer makers — including Acer — have signed on to market their machines as entertainment-focused or some other usage-based description. The first notebook computers will be on sale before the Oct. 22 release of the Windows 7 operating system from Microsoft. Sobon said retailers have responded well to the program because it simplifies the training they have to do, knocking out a lot of cost since retraining of new clerks is a never-ending task. It’s also easier for retailers to upsell computers to the next level, Sobon said.

AMD is introducing new notebook computer platforms — chips and their circuit boards — that offer the first examples of the Vision Technology. These notebooks will be touted for their ability to run high-definition videos with vivid colors, play lifelike 3-D games, and display multiple photos in editing windows at the same time.

In the first quarter of 2010, AMD will introduce a fourth level: Vision Black, for the high-end desktop enthusiasts. That leaves you with a pretty good guess as to AMD’s future chip introduction schedule. The new campaign means that AMD will spend more on marketing than it typically does.