Advanced Micro Devices reported results for the first quarter ended March 31 that slightly beat earnings expectations. The PC chip maker reported non-GAAP earnings of 6 cents a share on revenues of $1.27 billion, with lower client chip sales to blame for lower performance compared to a year ago.

AMD’s performance is closely watched, alongside Intel, as a barometer for the health of the PC ecosystem. AMD’s stock is up 4% to $29.04 a share in after-hours trading.

Analysts expected Santa Clara, California-based AMD to report 5 cents per share on revenues of $1.26 billion for the first quarter.

“We delivered solid first quarter results with significant gross margin expansion as Ryzen and Epyc processor and datacenter GPU revenue more than doubled year-over-year,” said Lisa Su, CEO of AMD, in an email. “We look forward to the upcoming launches of our next-generation 7-nanometer PC, gaming and data center products which we expect to drive further market share gains and financial growth.”

AMD said that revenue from the computing and graphics division fell 26% from a year ago to $831 million. The company said the drop was due to lower graphics sales, offset by increased client processor and datacenter graphics processing unit (GPU) sales.

The revenues were down 23% from a year ago, and earnings per share was down compared to 11 cents a share a year ago. 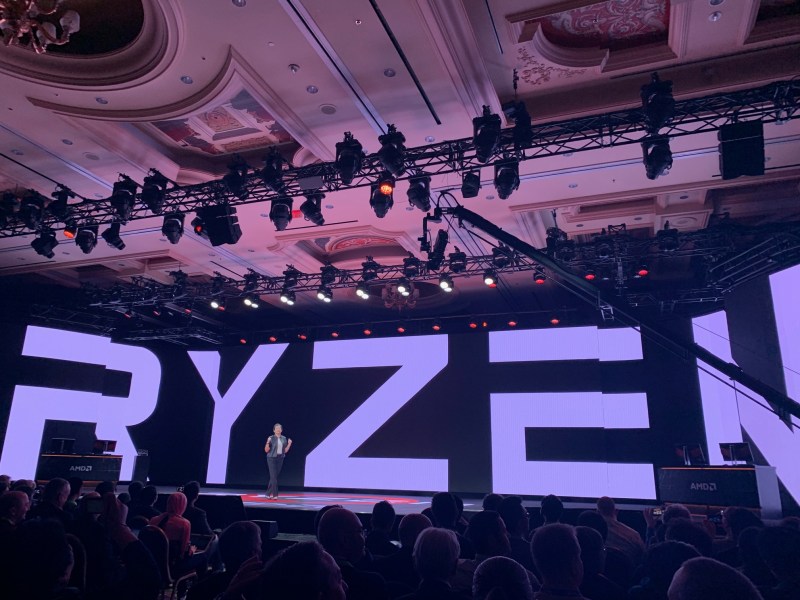 In Q1, the client processor average selling price (ASP) was up year-over-year, driven by Ryzen processor sales. Client ASP was down slightly quarter-over-quarter due to a decrease in mobile processor ASP.