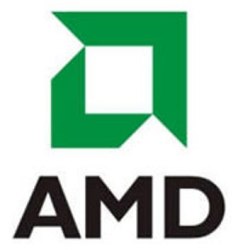 Intel hasn’t yet responded to the last salvo Advanced Micro Devices (AMD) sent its way, but AMD is already back to take another whack at the world’s biggest chip maker.

The newest chips use AMD’s 45-nanometer manufacturing process and carry the AMD Phenom II brand name. Two of the chips have three computing brains, or cores, on a single chip, while the other three have four cores each.

The new chips mean that AMD is hitting its stride with the 45-nm process as the technology spreads throughout the Sunnyvale, Calif.-based company’s mainstream product line. The prior chips launched in January consumed a lot of power — 125 watts — and had a lot of performance. But the new ones consume less power at 95 watts and are still pretty fast.

It remains to be seen if this one-two punch at Intel will result in any shift in market share. AMD has been losing money for more than two years and the recession is taking its toll on PC sales. The company lost $1.4 billion in the fourth quarter and is laying off 1,100, or 10 percent, of its employees. AMD is hoping that consumers will become more value conscious and opt for its cheaper chips over Intel’s brand name.

The chips range in performance from 2.5 gigahertz to 2.8 gigahertz. Prices range from $145 to $175. David Schwarzbach, a product marketing director at AMD, says the company will continue to upgrade to faster speeds throughout the year since the current chip design has a lot of headroom.