The Santa Clara, California-based company is targeting the machines at the visualization market, so it unveiled the new graphics cards at the Siggraph 2018 graphics conference in Vancouver, Canada this week.

“We are inventing professional products for reliability, innovation, and performance,” said Nick Pandher, director of workstation graphics at AMD, in a press briefing. “There’s a huge demand for visualization, where workflows are changing.” 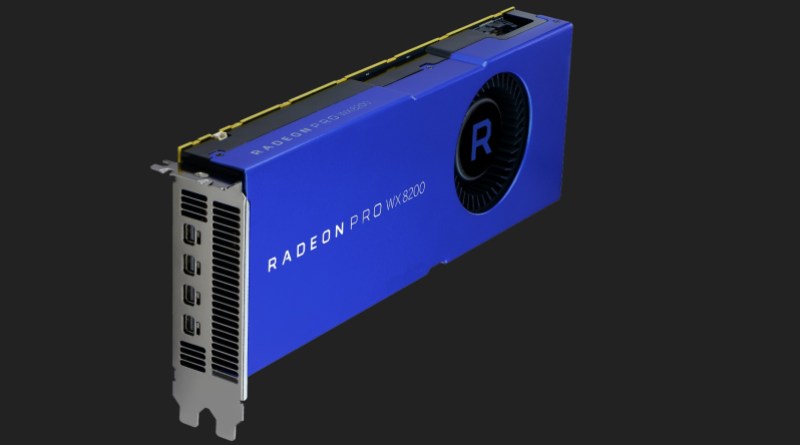 Pandher claimed that the new cards can beat the performance of the rival Nvidia Quadro P5000 and P4000 graphics cards in media and entertainment applications.

He said the cards can be used in creating high-end animations or virtual reality applications, as well as traditional computer-aided design (CAD) applications. The cards start at $1,000, and preorders will begin on August 13 on Newegg.com.

“The new workstation add-in board (AIB) is aggressively positioned between Nvidia’s high-end and mid-range AIBs,” said Jon Peddie, analyst at Jon Peddie Research, in an email. “It has two special features, design while rendering and CPU and GPU ray tracing.“

AMD said that visualization demand is rising in markets such as media, manufacturing, and architecture. The WX 8200 cards have 56 compute units that can perform at up to 11 teraflops, with support for 8K displays. It can support eight gigabytes of high-bandwidth 2 memory. A number of software partners — from Autodesk to Adobe — have certified that their software works with the new cards.