Advanced Micro Devices is launching its second-generation Ryzen desktop chips today with the goal of addressing a much larger swath of the PC processor market.

That’s a small dent in the armor of Intel Inside, but it represents some of the biggest gains in years for AMD, whose Zen-based architecture can process 52 percent more instructions per clock than the previous generation. AMD rolled out its faster Zen-based Ryzen chips a year ago, and now the Zen technology is permeating through the whole product line. The first Ryzen chips debuted in March 2017, and by October 2017, AMD reported a return to profitability.

“We had three major computing disruptions in 2017 with Zen in our Epyc chips for servers, our Vega graphics chips, and our Ryzen desktop chips,” said Jim Anderson, senior vice president of the computing and graphics, in an interview with VentureBeat. “Any one of these products in a single year would be a big deal for AMD. To launch all three in a single year was a big year, and it shows we can compete with Intel in premium segments.”

The new launches allowed AMD to address a much bigger part of the market. And earlier this year, the company launched its Ryzen mobile chips that combined graphics and processors on a single chip. 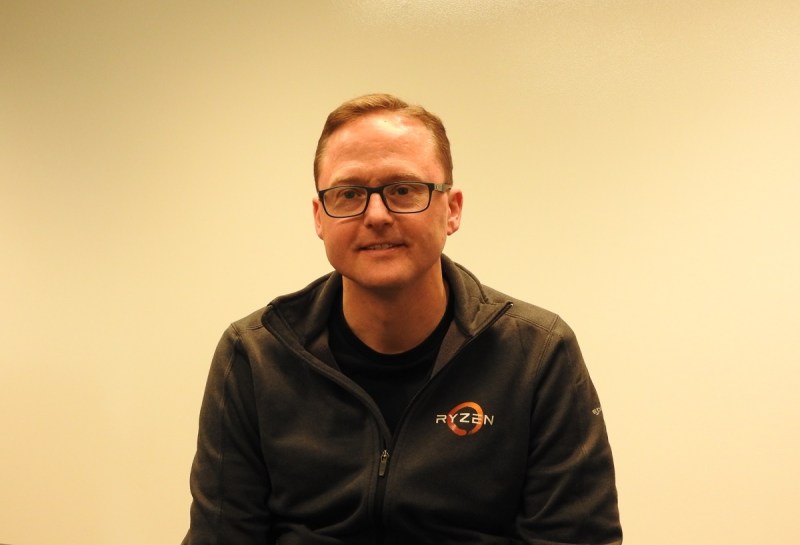 Above: Jim Anderson heads the computing and graphics division of AMD.

The newest Ryzen chips are targeted at PC gamers and content creators, or the high end of the PC business. Anderson said that AMD will launch 60 new Ryzen systems with its partners this year. Two-thirds of those are mobile customers.

The chips have up to 15 percent higher gaming performance than the first-generation Ryzen processors released a year ago. They have up to eight Zen cores each, and offer 20 percent faster content creation than the competition, AMD said.

“I have used the second-generation Ryzen for about a week,” said Patrick Moorhead, president of analyst firm Moor Insights & Strategy. “While the first generation of Ryzen was really good, what I appreciate is that AMD improved areas where it may not have been the best or where they received customer feedback and they wanted improvements. The new chip improves 1080p gaming and even video editing performance, comes with its own cooler, and boosted overall storage performance. It’s a much better chip overall and I believe AMD will improve market share with it.”

Intel, meanwhile, punched back at AMD with the unveiling of its 8th Gen Core i9 processors for mobile gamers and content creators. While Intel is many times larger than AMD and is the world’s biggest chip maker, it has been less active than AMD in launching big chips in the past year.

“2017 had four big product launches in 2017, with 20 different Ryzen processors in that year,” Anderson said.  “We can expand our reach, gain share, and eventually get to average selling price and margin expansion.”

Prior to 2017, AMD’s products were stuck in the mainstream chip categories and below, selling as part of PCs that were priced $500 or less. That represented a lot of unit sales but a fraction of the revenue in the more lucrative server, high-end desktop, gamer, and mobile segments. With the AMD Threadripper chip, launched in 2017 with 16 cores, AMD was finally able to attack the highest level in the PC market. 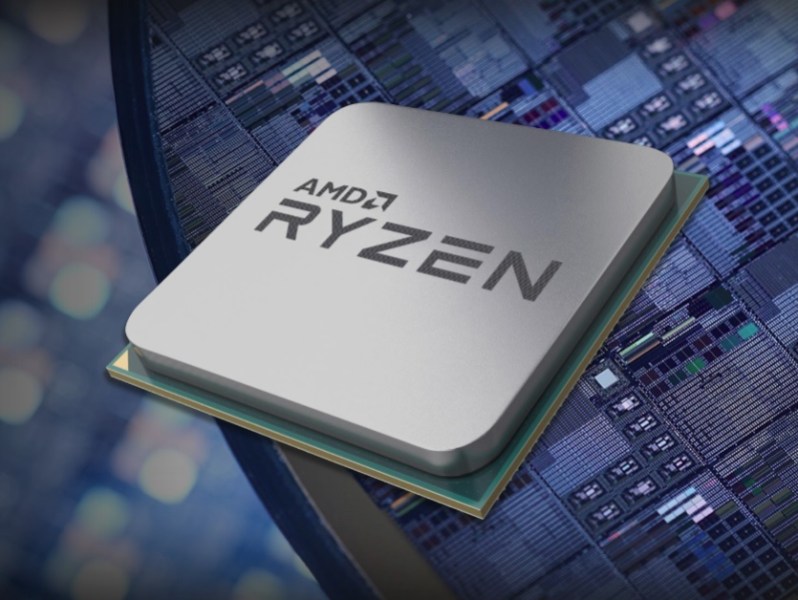 By 2020, Anderson expects to be able to address a $86 billion market. That breaks down into $30 billion for PC processors, $10 billion for graphics chips, $25 billion for data center server chips, $10 billion for automotive and deep learning inference processing, and $11 billion for machine learning. In the latter two categories, the company is fighting to be an alternative to Nvidia’s AI chips, but it is starting to be more competitive in the other categories.

“We are going after a large set of markets,” Anderson said. The computing and graphics division of AMD saw sales in 2017 rise 54 percent to $3.029 billion, up from $1.967 billion in 2016. That number suggests the market share gain as “Intel is not growing at 54 percent,” Anderson said. The Radeon graphics business, meanwhile, grew 60 percent in the fourth quarter.

“We are just starting the notebook ramp, which continues the gains throughout this year,” Anderson said. “We believe we have reinvigorated the industry. ”

The new chips use a new 12-nanometer manufacturing process and range in price from $199 to $329 and are available now.