“We love the fight,” said Papermaster, speaking at an event at AMD’s headquarters in Santa Clara, California. “That is what we’re made of, and so that fight drove us to improve our roadmap against our competitors to go head to head, and simply beat the competition.”

In the El Capitan deal, AMD will provide Epyc central processing units (CPUs) and Radeon Instinct graphics processing units (GPUs) for HPE’s Cray Shasta supercomputer, to be delivered in early 2023. The machine is expected to be the world’s fastest computer, promising two exaflops of double-precision performance. It will be used for ensuring the safety of the nation’s nuclear weapons stockpile. 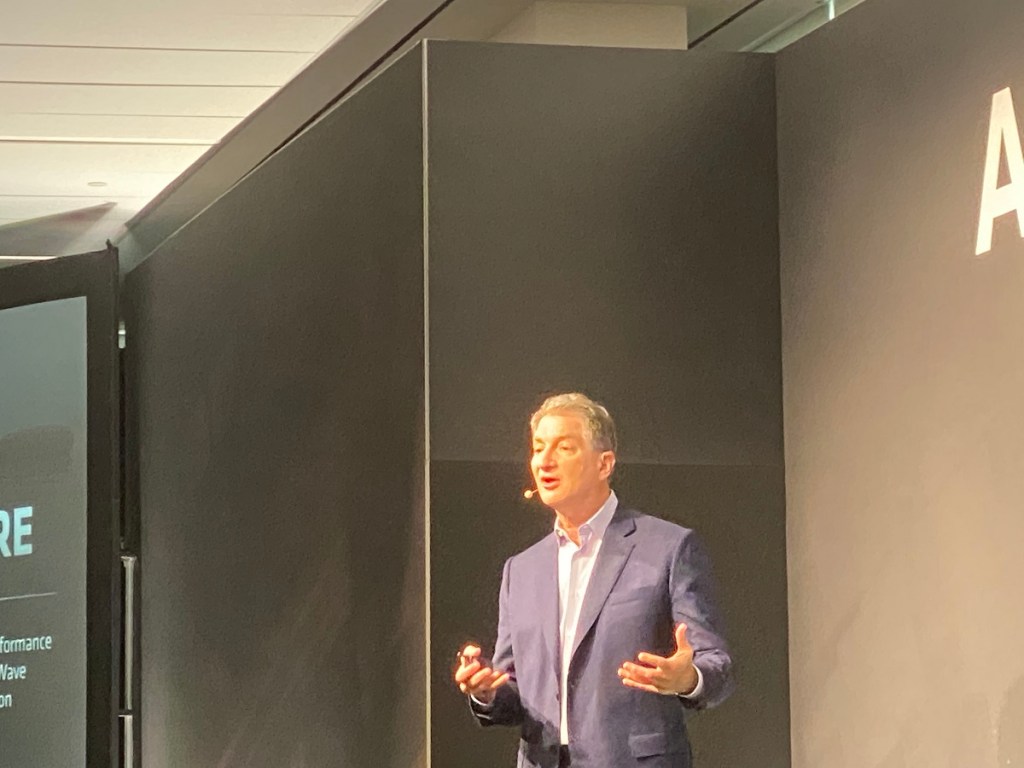 Such deals in the past have been won by rivals Intel and Nvidia. But AMD has been on a roll for the past couple of years, with better performance with its Zen and Zen 2 CPUs and RDNA GPUs. As a result, AMD has been gaining market share in CPUs.

Lisa Su, CEO of AMD, said the company has a very strong roadmap for CPUs and GPUs, and she said AMD has the fastest chips on the market, both on the gaming side and the server side.

Su said that the company is in a very good position with its 7-nanometer chips, which have seven billionths of a meter width between circuits. 7-nanometer Zen 3 chips are under design. AMD has shipped more than 260 million Zen cores on its chips since 2017.

“At the end of the day, we are playing our game,” Su said.

But AMD has a lot of market share to gain in commercial client PCs and consumer PCs. PCs are a $32 billion market opportunity. Zen 3 CPUs code-named Milan are slated to ship as Epyc 3 processors in 2020. A successor chip, Genoa, is expected to debut in 2022. 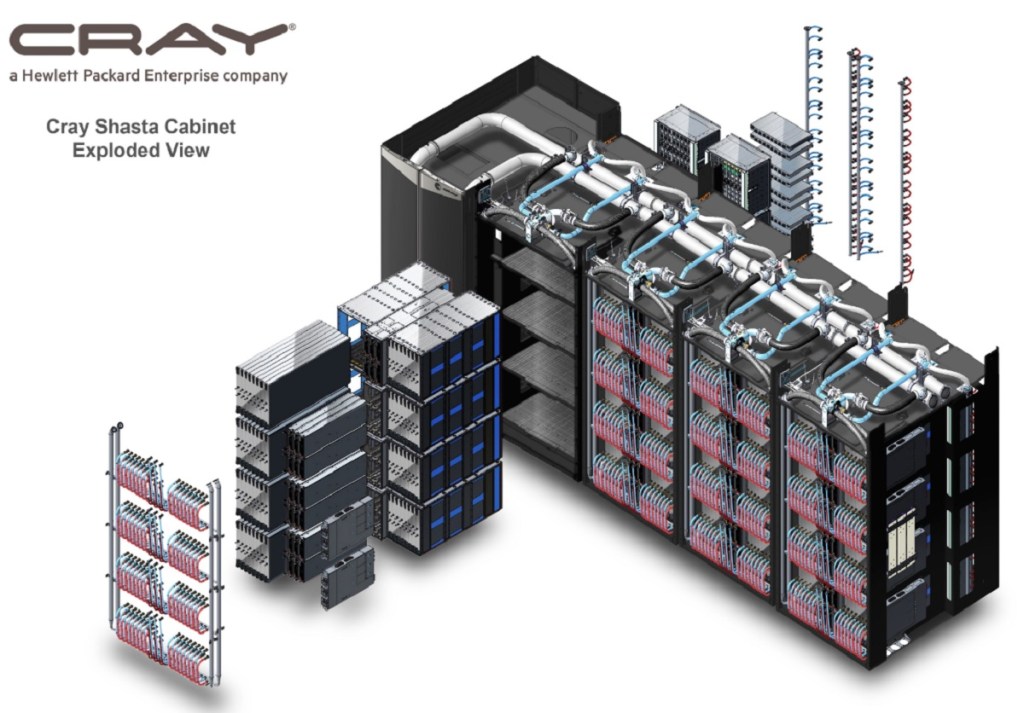 Above: AMD’s chips are being used in El Capitan supercomputer.

For the $35 billion server market, Su said AMD expects to double the number of available server platforms based on Epyc this year, with more than 140 enterprise servers expected to ship with Epyc. Su noted that while the progress of Moore’s law — which predicts a doubling of performance every two years — is slowing, AMD is exploring new packaging techniques such as X3D, which can stack chips vertically.

Su said AMD has shipped over 150 million units in gaming in the current generation of game consoles for the Microsoft Xbox One and Sony PlayStation 4 machines. Now it will provide RDNA 2-based chips for the upcoming PlayStation 5 and Xbox Series X. RDNA 2 will augur in the real-time ray tracing tech pioneered by Nvidia in GPUs. Gaming is a $12 billion market opportunity for AMD.

Those chips are expected to ship late this year, and then AMD is expected to move on to RDNA 3 GPUs by 2022 on an unspecified “advanced node.” AMD’s David Wang, head of the Radeon business, said that each generation will target a 50% improvement in performance per watt, a measure of efficiency. 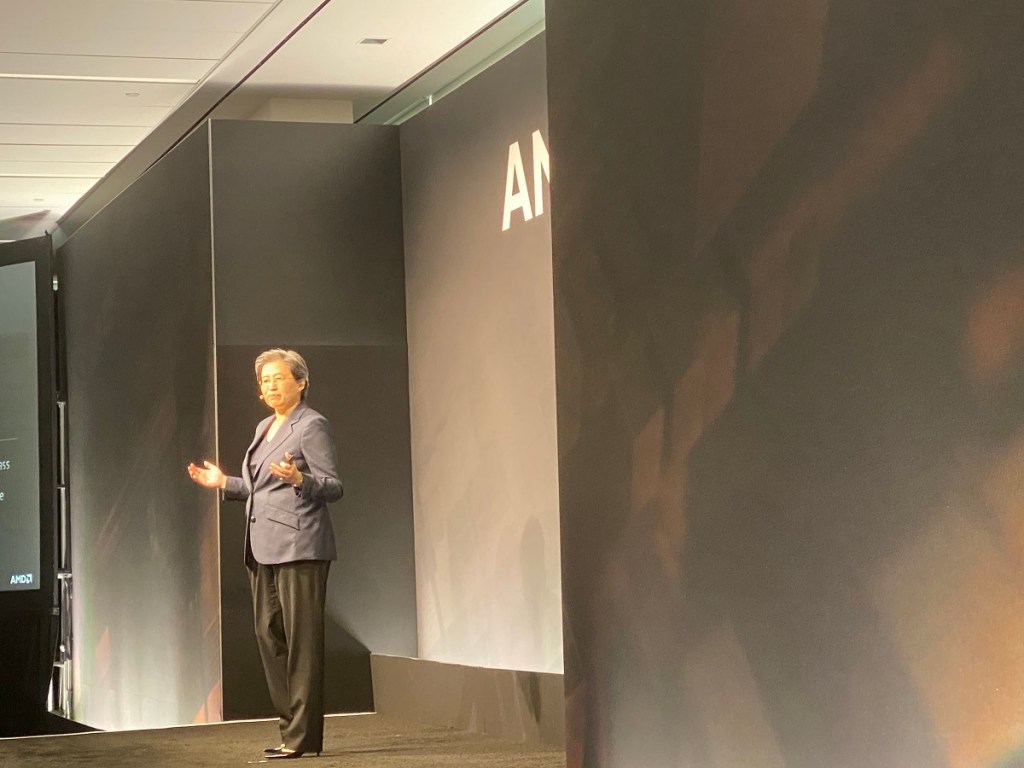 Rick Bergman, executive vice president at AMD, said, “This is really a watershed moment for AMD. In three major categories of performance, AMD is the leader.”

By 2023, AMD is shooting for 20% compound annual growth rate for revenues, 50%-plus gross margins, 20% for operating margin, and 15%-plus for free cash flow margin. Those are all proxies for much better financial performance than AMD has been able to achieve in the past. 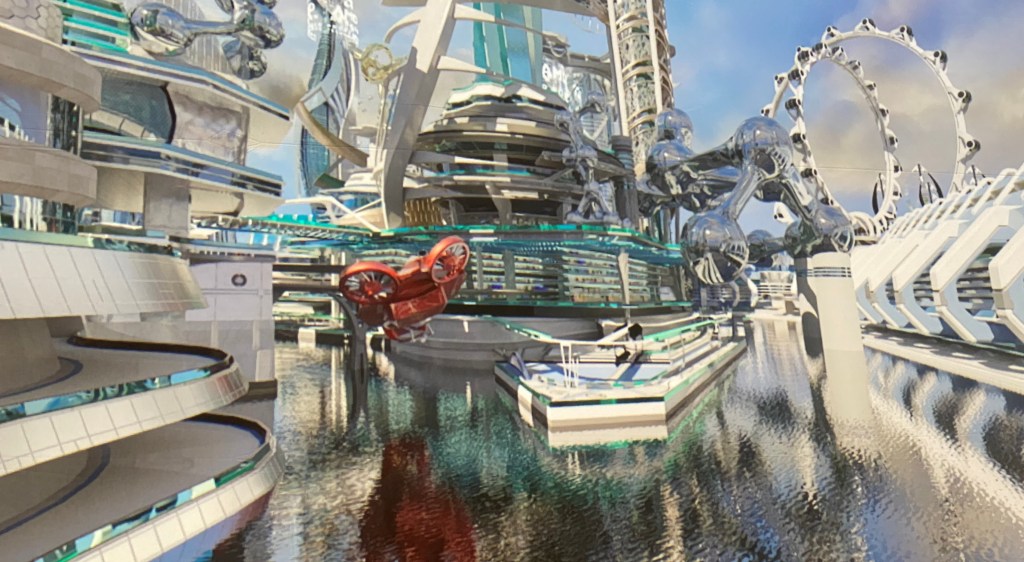 AMD showed off an image of what RDNA 2 graphics with real-time ray tracing would look like (see the image above).

Patrick Moorhead, analyst at Moor Insights & Strategy, said in an email, “Overall, AMD looks to be going for a growth play with a 20% CAGR commitment, a massive uptick over the 14% CAGR the past 5 years. Most of that growth will come from datacenter CPUs and GPUs.”

He said that splitting out CDNA for the datacenter (from RDNA for gaming and consumer markets) is a good move as “as datacenter GPUs don’t need many of the features a consumer graphics card needs.”

Moorhead added, “This includes elements like display and pixel rendering engines, and ray tracing. His means AMD can save cost by removing those elements and add more gates that help datacenter performance like tensor OPS. AMD hadn’t done it until today because it couldn’t afford to have two architectures. I believe AMD can field a high performance datacenter GPU, but it will need to invest at least as much in software to complete the solution.”