Amazon’s sales were up but its profits are down, as the company’s physical book sales growth slows and it continues to invest in new, digital products.

“We’re now seeing the transition we’ve been expecting,” Jeff Bezos, founder and CEO of Amazon.com, said in a statement. “After 5 years, eBooks is a multi-billion dollar category for us and growing fast – up approximately 70% last year. In contrast, our physical book sales experienced the lowest December growth rate in our 17 years as a book seller, up just 5%. We’re excited and very grateful to our customers for their response to Kindle and our ever expanding ecosystem and selection.”

The past few quarters have not been stellar for Amazon (Q3 2012: $274 million net loss;  Q2 2012: $7 million income) but investors seem to like these results, as the company’s stock is up 6 percent in after-hours trading. 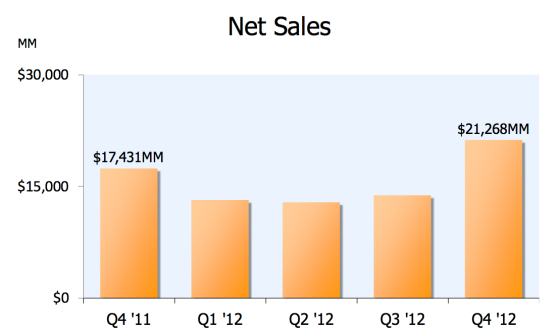