As app developers rush to prepare for the launch of Verizon’s Droid smartphone in November, new applications for Google’s open-source Android mobile platform have spiked 94% between September and October, according to app developer analytics provider Flurry.

“Developers who used to develop only for iPhone are now adding Android applications to their line up in record numbers,” Flurry president and CEO Simon Khalaf said in a prepared statement. “Flurry market data shows that Android continues to gain interest from application developers.”

Roughly 500 developers have adopted Flurry’s Android analytics tools, from which the company derives its stats. 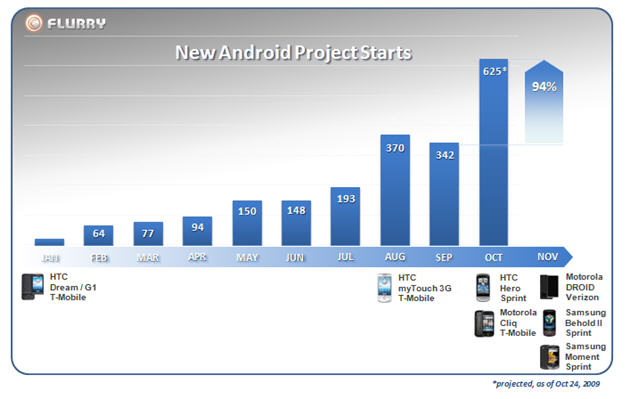