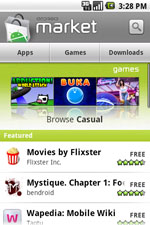 Why is that? After all, Apple’s app store has over 100,000 apps, of which 57 percent are paid rather than free. And BlackBerry’s store is 49 percent paid apps. Doesn’t anyone want to make money off the hot new phone platform?

Distimo co-founder and CEO Vincent Hoogsteder says the high proportion of free apps on Android is the result of two factors. First, Android’s open-source operating system attracts software developers who enjoy giving away their works, rather than trying to make a sideline business out of them. Apple’s mystery-box methodology can take weeks to approve — or reject — an app. The system has delayed product launches and prompted some developers to abandon the iPhone. Getting an app into Android Market is much less of a dice roll. These factors raise the ratio of free apps in the Android store compared to iPhone or BlackBerry.

Second, Hoogsteder says that from his experience working with app developers, Google’s requirement that payments be made through Google Checkout has put off many of them. 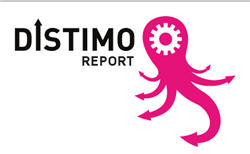 “The majority of iPhone users have a credit card attached to their iTunes account and are therefore able to buy applications in the Apple App Store with just one click,” Hoogsteder said. “Users with an Android phone use their regular Google Account, which does not require them to sign up for Google Checkout. The first moment the user is asked to provide his credit card details is after he actually decides to buy a first app in the Android Market.”

Having to haul out a credit card and type it into a phone, or go to a computer to do it, is enough of a hurdle that Hoogsteder believes many Android phone owners choose to stick with the free apps instead. App developers, seeing that the paying Android customer base is much smaller and less spendy than its iPhone counterpart, don’t rush to build an Android version of their app.

So what’s it going to take to change that? Hoogsteder thinks carrier billing, where Android app purchases show up on your phone bill instead of your credit card, will get people to start buying. T-Mobile began offering carrier billing for some phones earlier this month.

He also thinks the pending Android versions of paid apps already super-successful on the iPhone, such as the $50-and-up turn-by-turn navigation apps from TomTom and Navigon, will get Android users to punch in their credit cards and become regular paying customers of Android Market, and will socialize the idea that yes, it’s OK to give your Droid your MasterCard number.

Me, I think carrier billing won’t catch on in America the way it has in Hoogsteder’s Netherlands. We Americans have balked for years and years at having purchases billed to our phone service contracts. We don’t trust the phone companies not to run up the tab with service charges and taxes, or to make expensive billing errors.

I also think pundits underestimate the power of the Google brand beneath which Android sits. We’re used to getting mind-bendingly powerful, delightfully innovative tools from Google for free. Never mind that Android apps are built by third parties, not Google. To most people, Android equals Google. Since when have we paid Google for anything?