AdMob, the mobile ad network that Google plans to acquire for $750 million, today released their October 2009 Metrics Report examining market share for top devices and the operating systems that run on them.

One stat in particular caught our eye. In the US, Android had 20 percent share of smartphone traffic, up from only seven percent six months before. Now that there’s proof that these phones are selling, Android may solidify its spot as a go-to operating system for device makers looking to get into the lucrative smartphone market.

In line with Admob’s findings, last month Gartner analyst Ken Dulaney highlighted for Computerworld a research report spotlighting Android Operating System would be the second most used OS, grabbing 14 percent of the global smartphone market share by 2012. That would be second only to the Symbian Operating System that is widely used by Nokia in countries outside the U.S.

For those methodology junkies, here’s how Admob’s metrics report works. 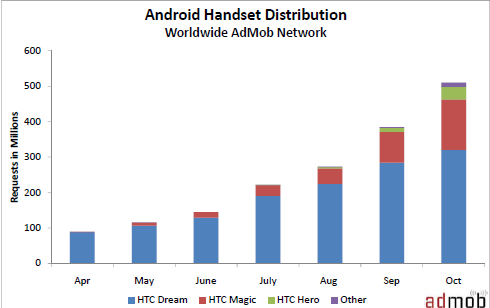 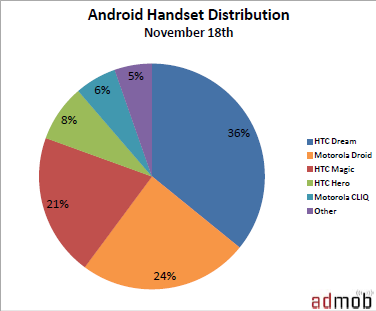