Android Marshmallow is finally getting some love. After taking four months to hit 1 percent adoption and following Lollipop finally assuming the Android crown, the latest version of Android was the only one to gain share this past month, according to Google’s Platform Versions page. 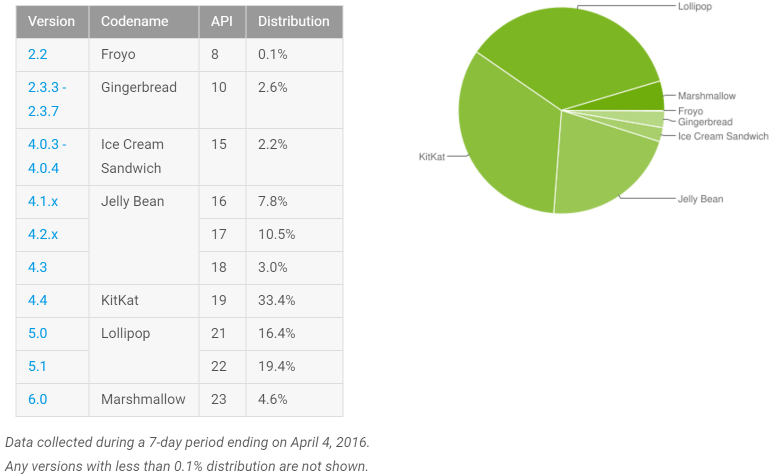 Here are the changes between March and April:

For the sake of comparison, here’s the Android adoption chart for March: 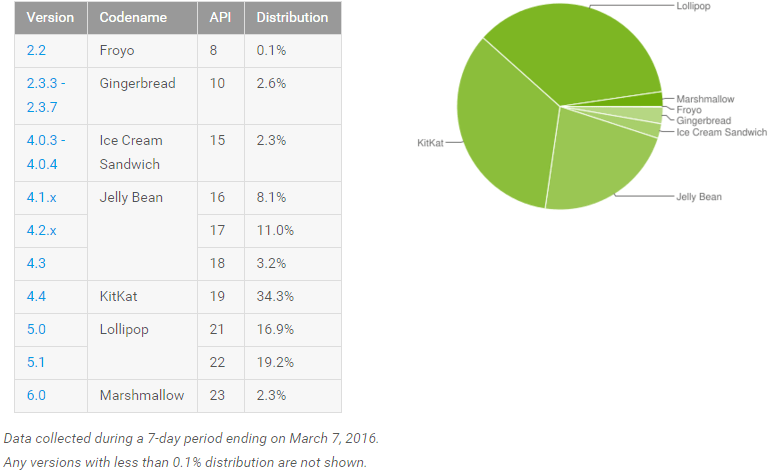 The Android adoption order now stands at: Lollipop in first place, KitKat in second, Jelly Bean in third, Marshmallow in fourth, Gingerbread in fifth, ICS in sixth, and Froyo in last. Marshmallow is unlikely to move up for many more months, and probably won’t take first place before Android N arrives.