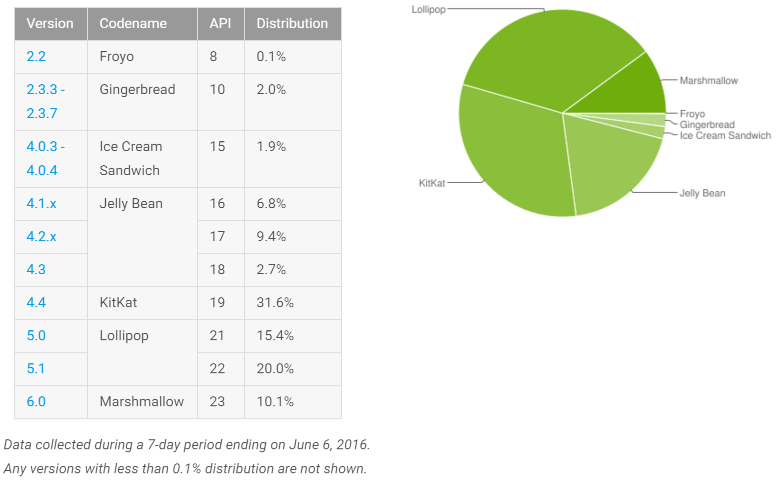 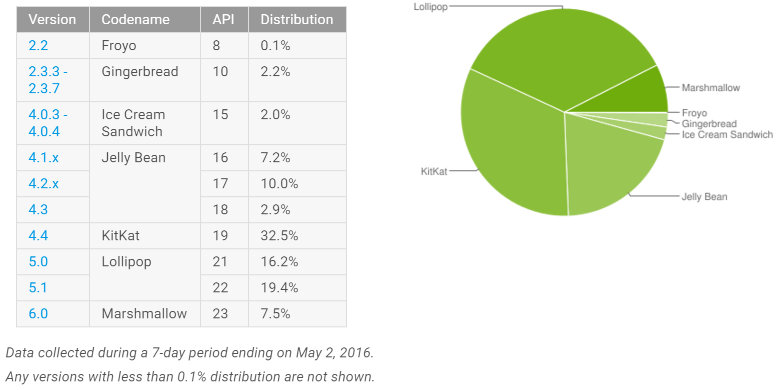 The Android adoption order remains unchanged: Lollipop in first place, KitKat in second, Jelly Bean in third, Marshmallow in fourth, Gingerbread in fifth, ICS in sixth, and Froyo in last. Marshmallow will likely take third place this year, and maybe even second. But it definitely won’t take first place before Android N arrives.