Android Marshmallow gained 1.9 percentage points to hit 15.2 percent, though it’s still in fourth place. The latest version of Android typically takes more than a year to become the most-used release, and unless something major happens in the next two months, Marshmallow’s story will be no different. 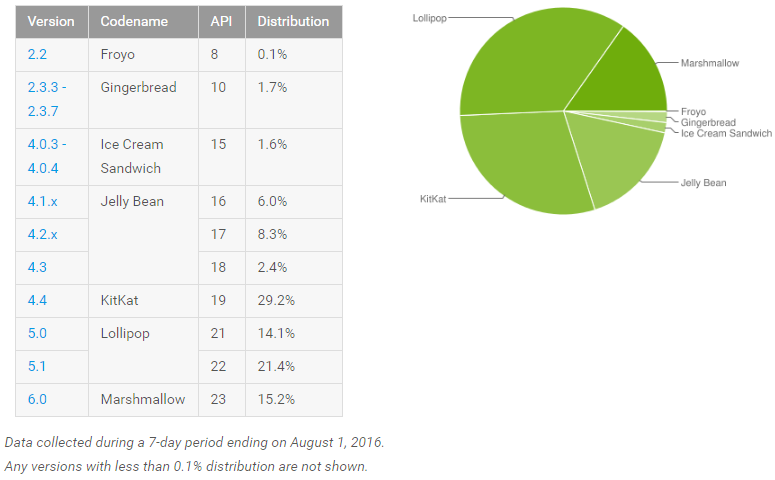 Here are the changes between July and August:

For the sake of comparison, here’s the Android adoption chart for July:

The Android adoption order remains unchanged: Lollipop in first place, KitKat in second, Jelly Bean in third, Marshmallow in fourth, Gingerbread in fifth, ICS in sixth, and Froyo in last. Marshmallow will definitely move up to third place this year, and maybe even second. But the gold medal spot will elude it until sometime in 2017.