A new Android version arrived recently, and that means we’re back to watching paint dry. Per Google’s Platform Versions page, the latest and greatest version of the company’s mobile operating system took more than a month to hit a whopping 0.2 percent adoption.

Google started rolling out Android 8.0 Nougat to Nexus and Pixel devices in late August. To be fair, the company’s new Pixel 2 and Pixel 2 XL phones, which will ship with Android 8.1, haven’t even been announced yet. The latest major version of Android typically takes more than a year to become the most-used release, and Oreo’s story will likely be no different. 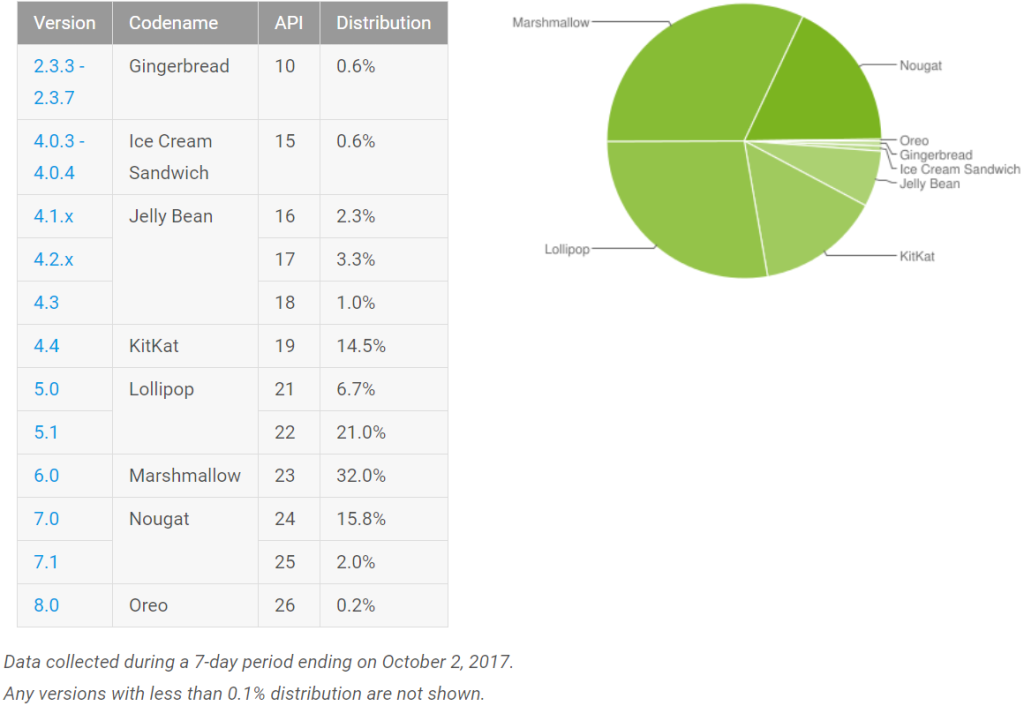 Here are the changes between September and October:

Google’s Platform Versions tool uses data gathered from the Google Play Store app, which requires Android 2.2 and above. This means devices running older versions are not included, nor are devices that don’t have Google Play installed (such as many Android phones and tablets in China, Amazon’s Fire line, and so on). Also, Android versions that have less than 0.1 percent adoption, such as Android 3.0 Honeycomb and Android 2.2 Froyo, are not listed. The two next-oldest Android versions are thus set to drop off the list next year.

For the sake of comparison, here’s the Android adoption chart for September: 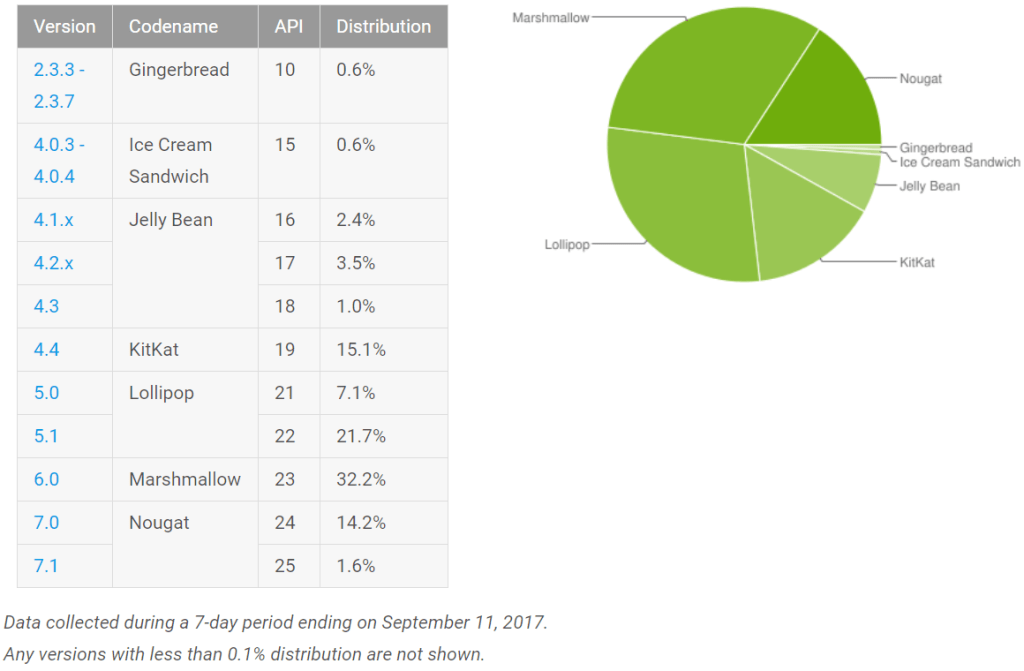 The Android adoption order now stands as follows: Marshmallow in first place, Lollipop in second, Nougat in third, KitKat in fourth, Jelly Bean in fifth, ICS and Gingerbread tied for sixth, and Oreo last. Let’s see what kind of damage Oreo can do in the year to come.