Like its predecessor Android Nougat, Android Oreo took 10 months to hit double digits, five months after breaking the 1 percent barrier. In other words, the latest Android version is not being adopted much faster than previous versions.

Per Google’s Platform Versions page, the latest and greatest version of the company’s mobile operating system has 12.1 percent adoption (compared to 11.5 percent for Nougat after 10 months). That’s abysmally slow, even if the percentage equates to numbers in the hundreds of millions. The latest version of Android typically takes more than a year to become the most-used release, and Oreo’s story is no different. 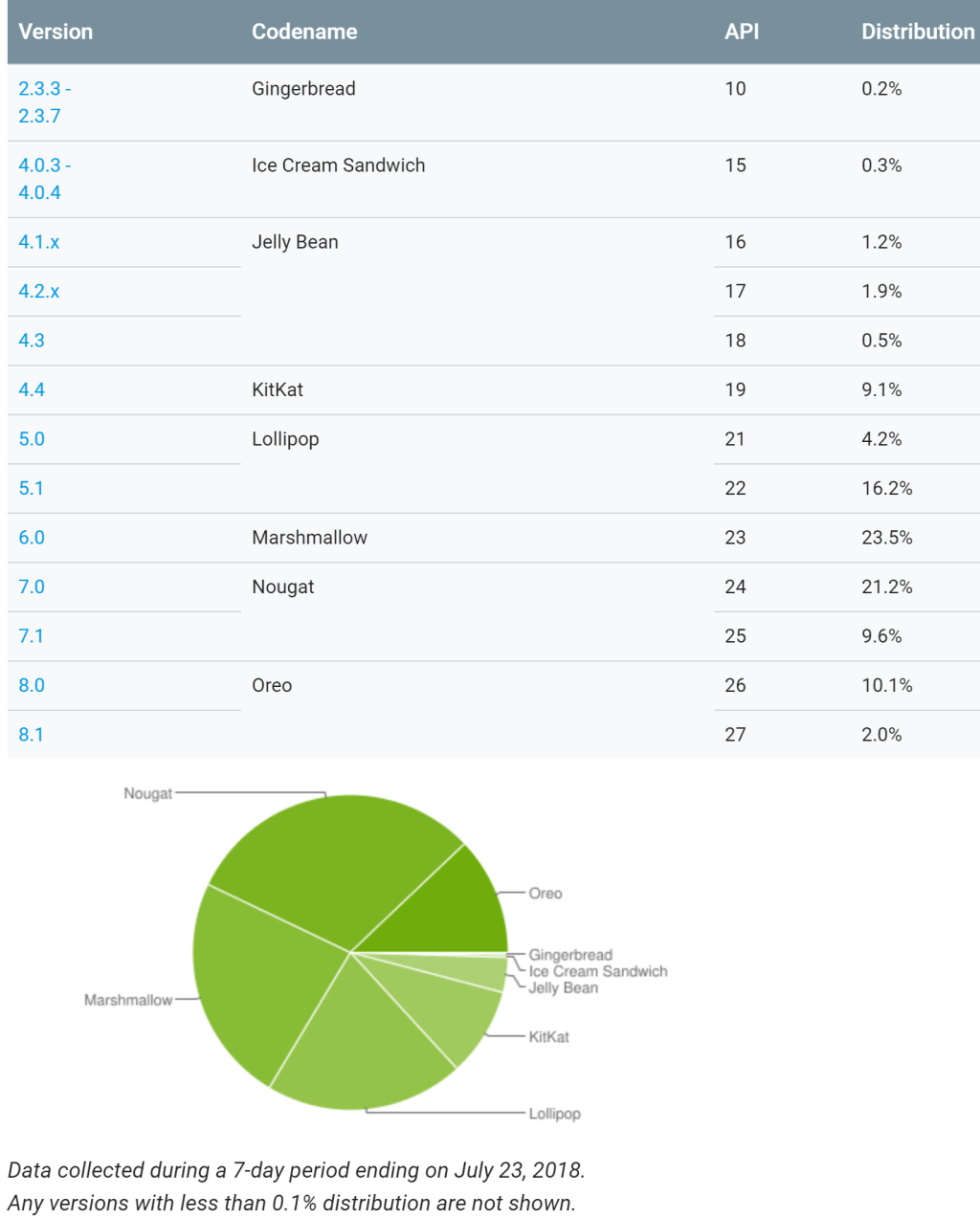 Here are the changes between May and July (Google skipped June for some reason):

The Android adoption order now stands as follows: Nougat in first place, Marshmallow in second place, Lollipop in third, Oreo in fourth, KitKat in fifth, Jelly Bean in sixth, ICS in seventh, and Gingerbread in last. It will be a few more months before Oreo can break into the top three.