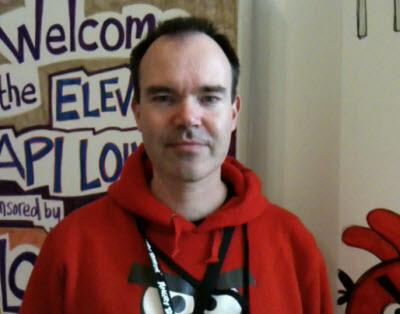 Rovio just raised $42 million in venture capital funding a week ago. But the developer of the hot Angry Birds mobile game says it will likely go public in two to three years.

The company made the statement to Finnish magazine Talouselama and in a separate interview with Reuters. If it happens, it would be one of those rare instances where a single game enabled a company to stage an IPO. To execute it, Rovio will have to hit a home run with its plan to make a long-lasting franchise from Angry Birds, which debuted on the iPhone in December 2009 and has now been downloaded more than 100 million times.

Peter Vesterbacka, Mighty Eagle (head of business development, pictured) at Rovio, confirmed to me  that the story is accurate. But he added, “The timing is still open, at least two to three years out.”

He said the upcoming IPO is another reason the company brought aboard venture investors Accel and Atomico Ventures. Those firms have plenty of experience taking companies public.

“We’ll provide more detail over the next few months,” he said.

Interestingly, Angry Birds has been passed as the top paid iTunes app by a game called Tiny Wings. If the Rovio plan seems a little squishy now, don’t be surprised. While Vesterbacka said that the IPO may happen in the next two to three years, the company’s chairman, Kaj Hed, told Reuters it may happen in the next five years.