Kati Levoranta, CEO of Rovio, said at a press event today at the Game Developers Conference in San Francisco that games and The Angry Birds Movie helped push the company into the black compared to a loss the year before.

“I”m happy to say that Rovio did extremely well,” Levoranta said. “During 2016, we found the magic thing in Rovio again.” 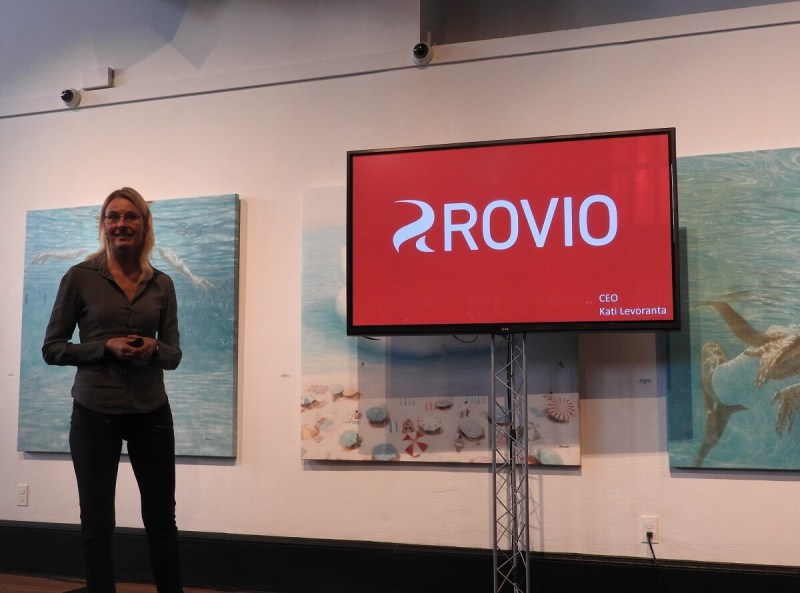 Above: Kati Levoranta, CEO of Rovio.

“Most of the growth came from the existing games,” such as Angry Birds Friends and Angry Birds 2.

Rovio now has five game studios, including its Match, Slingshot, and Battle studios in Espoo, Finland. It also has a role-playing game studio in Stockholm, Sweden, and a new massively multiplayer online studio in London.

The London studio will give Rovio access to a wider talent pool, Levoranta said. The Battle studio has a new game coming this spring.

The animation division’s Angry Birds movie hit No. 1 in 52 countries. It generated nearly $350 million in revenues at the box office. Levoranta said that the Angry Birds brand now has 90 percent recognition. The next animated videos will be Angry Birds Blues, based on three blue characters from the movie.