Rovio has teamed up with fashion designer Ivana Helsinki to create fun outfits for a program dubbed Angry Birds Playground. These outfits are akin to a new kind of school uniform — the kind that encourage fun learning. That’s just one piece of an ambitious project to remake learning as a fun activity.

“It’s no secret that in Finland, boys learn English faster than girls,” said Peter Vesterbacka, Mighty Eagle at Rovio, at a press conference. “They play more games than girls, and the games are in English.”

Rovio is best known as the maker of Angry Birds mobile games, but it has been working on the Fun Learning initiative for 3-and-a-half years. The program combines gaming, digital learning, and physical world learning into a single curriculum. In addition to the clothing, the program trains teachers and provides new kinds of digital games, such as gesture-controlled games for solving puzzles.

“We are interested in the digital space of learning, but it’s important to understand the physical side of it too,” said Sanna Lukander, vice president of learning at Rovio.

She said that creating an app or a game is helpful, but it doesn’t have the impact that a larger program can have. 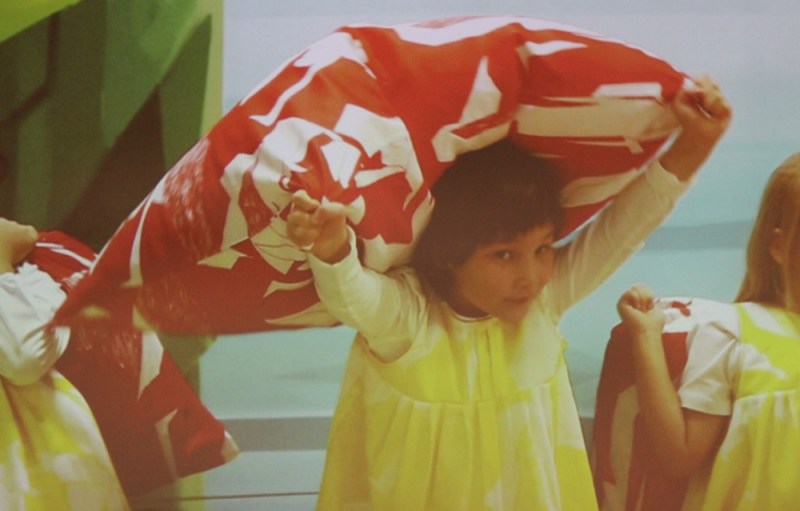 The program is getting off the ground in Finland as well as in Beijing, China, and Rovio is teaming up with a bunch of educators to kick it off. The goal is to promote “flow,” or what happens when we are in an optimal state of excitement, like when we are playing games.

“We wanted to create clothes that promote learning and flow,” said Paola Suhonen, the art director and founder of fashion house Ivana Helsinki.

The clothing is loose-fitting and it can be put on by the children themselves. It encourages having fun, and that can lead to flow, Suhonen said.

“We’ll have more than one, but less than a million,” said Vesterbacka. “It’s not easy to scale it. But we are not afraid of difficult things. It’s not a charity. It is most definitely a business for us.”

Rovio has partnered with the University of Helsinki to create a Fun Learning Lab, which is doing research on the best way to teach kids.

“We need to learn to make learning fun,” said Lauri Jarvilehto, scientist for the project at Rovio.