VentureBeat is throwing a new mini-conference and networking event, DiscoveryBeat.

DiscoveryBeat addresses one of the biggest conundrums for Silicon Valley’s most dynamic startups and developers: How to get your social game or mobile application noticed in an age of noise? 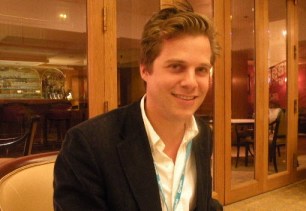 It will be held in the afternoon of Dec. 8 at the Automattic Lounge on Pier 38 in San Francisco, a hip location with an ocean view.

We’re inviting the masters of viral growth so that we can learn from them. Speakers include Sebastien DeHalleux, president of Playfish (above), one of the hottest makers of social games. We also have Roy Sehgal (below, middle picture), general manager at Zynga and executive producer of Cafe World, the fastest-growing social game in history. And we also have Julian Farrior (bottom picture), founder and CEO of Backflip Studios, a Boulder, Colo.-based iPhone game studio that has launched No. 1-ranked hits (Paper Toss, Rag Doll Blast) thanks to a clever combination of creativity and marketing. We’ll announce more speakers — including those from non-game companies — in the coming days. 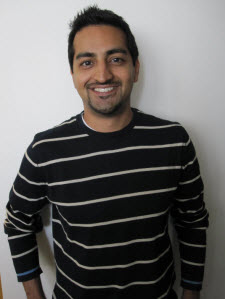 The recent controversy surrounding the advertising offer industry (OfferPal, etc) shows there are ethical issues around tactics. There’s clearly a trade-off between getting noticed and making money. Social game platforms such as Facebook and MySpace, and the iPhone,  Android,  and other app stores are great places for app developers to get growth, but these platforms also need to maintain the trust of their users. While there are no gatekeepers, each of these platforms have their own rules or etiquette guidelines, and moving quickly to respond to changes in these rules can make or break businesses. There’s tremendous opportunity to gain momentum if you focus on the platforms best for you, but the terrain keeps changing.

Like any of VentureBeat’s events, this will be an opportunity to network. Entrepreneurs will be able to forge the relationships with advertisers, social networking companies and game developers. These partnerships are needed to succeed to survive in this competitive industry.

The event will be followed by a networking reception with key participants from the ecosystem, from investors to CEOs, developers and platform makers.

The agenda is subject to change. Here are the moderated panels we have planned: 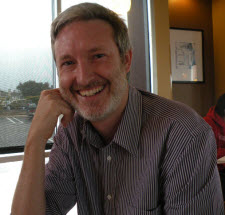 Discovery 1.0: Starting from scratch
If you’re a two-person garage development shop, and starting from scratch, how do you create an app that can go viral? With 75,000 apps in the Apple AppStore, discovery is a huge problem. Facebook is just as tough. You’re at a disadvantage because large networks have an advantage due to their built-in knowledge of how the game works and also because of their ability to more effectively promote. How do you exploit your newness and focus, using the key ingredients of success? How can smaller developers team up with bigger brands that have name recognition? When should they go it alone? How do they build a company that bigger investors will notice?

Discovery 2.0: Moving to the next level
The social app companies — those successful application companies that came of age on Facebook and the iPhone — have created their own ecosystems with successful titles that feed on each other. Now what do they do? How many different types of monetization schemes do they need? What can they learn from the bigger companies? Should they recruit executives from the old-world companies, to help with partnering or organizational discipline? What sort of analytics process should they have in place? Can anyone catch up with them?

Discovery 3.0: Bringing in the big guys
Established video game companies and entertainment giants are eyeing the social networking and mobile platforms as a source of future growth. For success, the big guys need to apply the secret ingredients in different proportions. How much should they invest in these areas, and how should they do it? Which kinds of partners should they recruit? Which business models are the best? Who has made the transition already? What mix of social networking, marketing, analytical measurement, advertising and web design ingredients should they apply?

For sponsorships contact Andie Rhyins, andie@venturebeat.com. To sign up to attend, follow this link. Sign up by Nov. 20 and you can get 25 percent off the price. Early bird pricing is $114, and after Nov. 20 it will be $149.