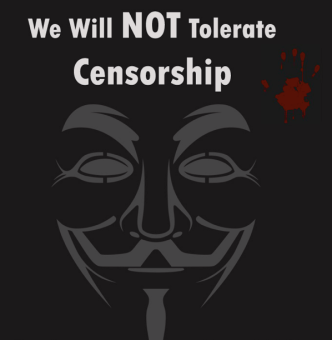 Anonymous attacked myBart.org (originally reported by TheNextWeb) and released user information in response to shutdowns in cell service Thursday. The shutdown was an attempt at mitigating potential protests around BART police shootings.

Currently, myBart.org says it is “under renovation”. A statement released by BART states that the attacks occurred today between noon and 6pm, but a tweet posted on @YourAnonNews states that the site was actually compromised as early as Friday.

According to another tweet posted by the same user, the group e-mailed over 120,000 people on a BART mailing list to spread word of the protest. The hacktivists are hoping for a peaceful protest and openly stated Anonymous does not condone violence, in a video released by the group.

“Anonymous does not support violent action and it is discouraged,” said a computerized voice on the video.

Cameras are encouraged, however, to “legitimize” the occasion and capture what Anonymous assumes will be police brutality.

The group is known to act out against censorship. In a post published on Anonymous’ website, the group states, “From internet censorship to the unnecessary violence inflicted upon unarmed civilians, we’ve all seen what can happen once a portion of us are gagged. ”

Plans to gag in return are out, including requests to jam BART communications lines as well as police radios, according to a tweet by @AnonymousPress. The tweet reads, “Have a feeling that at tomorrow protest the police radios may get the BART treatment.”

Whether BART will shut down the Civic Center Station or cut off cell service again remains to  be seen. Earlier in the month, Anonymous issued an alleged call to take down Facebook. Soon after its release, however, an Anonymous member stated, “#OpFacebook is being organised by some Anons. This does not necessarily mean that all of #Anonymous agrees with it.”