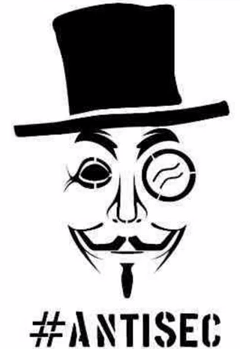 Anonymous, a hacker collective that has aligned itself with the Occupy Wall Street protests, leaked information it stole from four police and government websites today.

More than 600 MB of data from the International Association of Chief of Police, or IACP, (website still down) was released, according to a press release from Anonymous. It included internal documents, membership rosters, home addresses, passwords, social security numbers and more.

Anonymous said it wanted to attack the police directly because they act as a protector of “the one percent,” or what OWS protesters describe as the fortunate few who hold the majority of the wealth that would otherwise benefit the remaining “99 percent.” Anonymous has attacked police in the past in an effort to expose corruption and brutality. The hack actually falls on the International Day of Action Against Police Brutality.

“We have no problem targeting police and releasing their information even if it puts them at risk because we want them to experience just a taste of the brutality and misery they serve us on an everyday basis,” reads the press release.

Today’s action is just one day before IACP’s annual conference, though the press release from Anonymous is dated Oct. 22 and says the drop was to come day one of the conference. Perhaps it was leaked.

Of the Matrix Group, Anonymous wrote, “We intentionally excluded the unions and other unrelated sites on their servers because, unlike the police and those who support them, we will never betray our working class comrades.”

In the video below, you can hear a hacker call the Baldwin country sheriff’s office to say “your website has been defaced,” and admit to the hack. The conversation was uploaded to YouTube. The call, made over Skype, comes from a British man who claims he hacked the website because he was bored, which goes against the wording of Anonymous’ press release. Yet another example of how the collective is relatively disjointed.