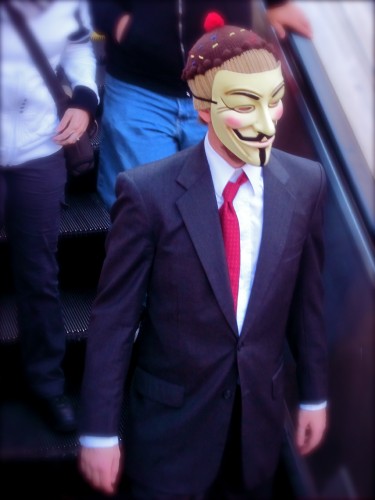 Hacktivist group Anonymous has taken down the servers of Freedom Hosting, which Anonymous said was providing hosting services for child pornography websites.

“When we came into this virtual realm, we were disgusted with the content that was provisioned and readily available for the perverted masses,” said a computerized voice on the group’s YouTube manifesto. “You know who you are and so do we.”

The realm Anonymous is referring to is called the Darknet, a hidden and secured internet where visitors can use and distribute content securely, generally without infiltration. Though “darknet” has negative connotations, such networks, such as the Tor Project, were created to allow for secure communications. The Navy originally created Tor for its own content sharing and communications needs. Journalists use it to speak with fearful whistle-blowers, or to access home websites, when reporting from unstable countries. Simply, darknet is a way to surf the internet without revealing yourself, without leaving an IP address, without a dense virtual trail.

While surfing the Hidden Wiki, a Tor site, Anonymous members stumbled across “Hard Candy,” a section dedicated to child pornography links. The hackers swept the section and removed the links, which were promptly replaced by an administrator. In this process, the group noticed 95 percent of the links had a digital fingerprint tracing back to Freedom Hosting, which Anonymous found was hosting a large number of child pornography sites on its servers.

Any other server found to host child pornography will be taken down as a part of Anonymous’ OpDarknet.