(Editor’s note: Peter Bodine is managing director of Allegis Capital. He submitted this column to VentureBeat.)

Venture capital funding is starting to rebound, but it’s doing so in a trajectory that very few pundits would have predicted. A few highly visible startups, despite minimal market traction, are having no trouble attracting substantial capital at extremely generous valuations. But the vast majority can’t get to first base. 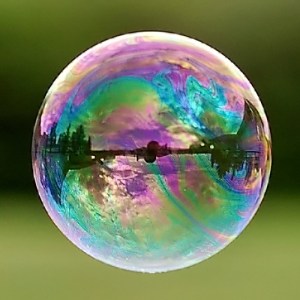 You might call this the pendulum effect on startup funding. Only startups situated at those two fleeting seconds when a pendulum swings to each of its two sharpest angles in the course of its 180-degree see-saw path are being rewarded. Young, essentially pre-revenue startups such as Four Square, Blippy and Quora are members of this tiny club of venture funding beneficiaries.

Will this last? It’s hard to say. What is clear is that it defies the rational view that today should generally favor more mature and substantial startups because their valuations are cheap and they seem to have a very solid future.

Instead, with capital still vise-tight, financiers want to join high profile, pricey deals – notwithstanding the specifics of the startups – because these set them apart from other investors. If funds can’t really produce solid returns, they want prestige – a surrogate for returns.

For a tiny handful of startups, valuations have skyrocketed from several times revenues to much higher or potentially much higher revenue multiples. Increasingly, we are also seeing strategic public companies join the investment frenzy, which usually telegraphs an overheated investment backdrop.

This is occurring while the IPO market is still largely closed to startups. The number of startup acquisitions is moving up, but M&A beneficiaries are seldom fetching more than $30 million or $40 million.

The reasoning may be deeper than just a desire to grab the spotlight. With uncertainty about the duration of the economic recovery persisting, venture capitalists will have a layer of PR insulation if these most active deals turn out to be bad bets.

If they turn out to be good deals and the economic recovery is legitimate, their valuations have room to rise considerably further. When Greylock Partners invested in Facebook in 2006 at a $500 million valuation, competitors thought the firm was crazy. In hindsight, Greylock’s move turned out to among the most lucrative of all Web 2.0 investments.

Just how pricey are today’s super-charged deals? Blippy, only four months old, is reported to be worth about $38 million. Quora, a massive user-created question-and-answer site that is still beta-testing, was estimated at roughly $86 million in its most recent round. And the buzz is that Foursquare will be worth at least $80 million after it completes the round it’s currently negotiating.

There is a lesson in all this for startups. If you are demonstrating noticeable success, seek additional funding now, not later.

The latest downturn in venture capital financing aside, boom and bust cycles are generally getting increasingly shorter. The window is open now but could close by early summer, which is typically the start of a slow period for venture investing.

Companies that wait to get a bit more traction under their belt before seeking additional financing could miss the action. And those who wait until later in the year to seek additional financing may find themselves suddenly competing (and ultimately losing) with scores of other startups.

The number of startups seeking to double (at least) the $10.1 billion raised in the second half of 2009 has increased two-fold after well over a year of bridge/insider rounds and belt-tightening.

It’s hard to not wonder why so many players in Silicon Valley never seem to learn key lessons. We’ve had two bubbles in a decade – first the dot.com bubble, then the housing bubble – and both ultimately ended horribly. The reason’s pretty simple: The burning desire to make good money quickly seems to trump everything else.

Indeed, a few VCs may well fare just fine. The sad reality, however, is that financial sledding will remain very tough for most startups throughout 2010 – and perhaps in 2011 as well.