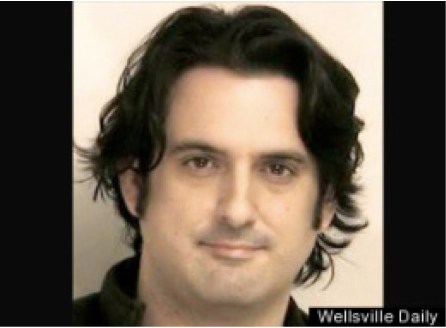 When Paul Ceglia claimed that he owned 50 percent of Facebook and sued Mark Zuckerberg last year, not many people believed him.

Ceglia had waited seven years to file his lawsuit and was a convicted felon who had been charged with fraud on an unrelated company. Facebook dismissed his claims as fake. Now it looks like this is one headache that won’t go away and could cost the company a lot of money in legal fees — and possible damages.

Ceglia is back, and it looks like his lawsuit could be a lot more annoying and difficult to dismiss now. Ceglia has hired a major law firm, DLA Piper, to handle his case. And he has disclosed a number of emails that show that Zuckerberg was trying to bamboozle Ceglia out of his share of the company at the same time Zuckerberg was stalling his work for the Winklevoss twins, who won a $65 million settlement from Facebook.

Facebook told Business Insider that the emails are fabricated.

Orin Snyder, Facebook’s outside counsel at the law firm Gibson Dunn & Crutchr, said, “This is a fraudulent lawsuit brought by a convicted felon, and we look forward to defending it in court. From the outset, we’ve said that this scam artist’s claims are ridiculous and this newest complaint is no better.”

Previously, Ceglia showed that he had a copy of a contract that he and Zuckerberg had signed that showed Zuckerberg was working on a project called “the face book.” Ceglia also had a canceled check for $1,000. Ceglia only had 1 percent ownership of the social network, but his share grew 1 percent for every day that the project remained uncompleted past a certain launch date.

Ceglia has now produced more than a dozen emails between him and Zuckerberg from July 2003 to July 2004, the year Facebook, which now has more than 600 million users, was born. In the emails, the two discuss the project in detail and how Ceglia will fund it. Ceglia alleges that the emails show Zuckerberg sandbagged him and told him “the face book” project wasn’t working out so well. Zuckerberg allegedly offered to send Ceglia $2,000 in funding back in the summer of 2004, right when Zuckerberg had moved to California to develop and raise money for Facebook.

It’s a crazy tale, and if any of it is true, then there just might be a sequel coming to The Social Network movie, which was a partially fictionalized account of how Zuckerberg parted ways with the Winklevoss twins and co-founder Eduardo Saverin.