Jinko Solar, a Chinese maker of solar wafers, cells and modules, launched onto the market today at a price of $11 a share — the low end of its predicted $11 to $13 range. While solar is on uncertain ground, the close to $45 million sale may mark the most promising green sector IPO in a long time. The difference? Real profits. 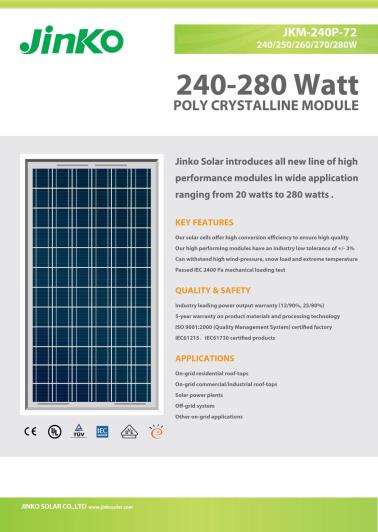 Analysts have been fairly optimistic about green technology companies’ chances at lucrative IPOs. A123Systems broke the seal on the public market for the sector last September when its anticipated stock price jumped nearly 50 percent. It was followed by filings from Solyndra, Codexis, Tesla Motors, Amyris Biotechnologies and more.

But the reality isn’t as rosy as this might make it seem. A123Systems has experienced major declines since its market debut, and Codexis’ IPO last month also scraped the bottom of its expected stock price range, and it has also yet to break into the black. Combined, these events have dampened green’s public sale hopes. Though clearly not entirely, considering that Jinko made it at all, against fairly steep odds.

In fact, Jinko had already taken a run at the IPO market earlier this year, planning to sell 10.6 million shares at between $6 and $8 apiece. But it was turned back by the saturated solar market (and resulting depressed prices), and a general lack of liquidity.

Jinko’s lukewarm success today (it closed at a share price of $11.01) may not be a positive sign for the green sector in general but rather for the companies that are actually turning a profit. Even though the solar module maker’s net income dropped from $32 million to $12.5 million over the course of 2009, it’s still out of the red. Basically, the market’s love affair with cleantech companies despite losses may be coming to an end, hastened by A123’s lackluster performance.

Like the bulk of green sector companies looking to go public, Jinko says it plans to use the money raised from the sale to expand its manufacturing capacity. Only about $5 million will go to research and development of higher-efficiency solar products.

Both Solyndra and Tesla, waiting to go public as soon as possible this year, need the money to help with capital-intensive production expansion. These projects generally cost too much to be covered by an average funding round. But with investor attention shifting toward the more capital-efficient plays in cleantech, will there be any momentum for big industrial solar, wind, biofuel and transportation companies to file for IPOs going forward?