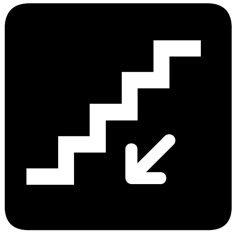 Is this a case of everyone stating the obvious, or of everyone using the same models, or both? Fitch Ratings, a risk assessment firm, has released a new report that expects online ad spending to fall sharply next year as the overall economy contracts, similar to reports by Barclays and other third-party market research firms.

Online ad spending “could be negatively affected by advertisers scaling back experimental expenditures in favor of more proven, performance-based mediums,” the report says. No surprises there, either. EMarketer, for example, has been saying essentially the same thing for weeks about “experimental” ads on social networks. Fitch also expects cost-per-thousand-impression (CPM) advertising — which brings in the cash for a wide range of content sites — to go down, as TechCrunch hears. Indeed, this is why Nick Denton, dark lord of the Gawker media empire, has been busy firing writers and selling off less-lucrative properties for the last few months; most recently, he sold Consumerist.com to Consumers Union. Gawker has nine relatively healthy publications remaining with which to weather the storm.

Search ads, as the report (and everyone else who follows online ad spending) believes, will likely hold up better than banner ads, because search ads can be tied to the revenue they generate for advertisers.

Fitch Ratings, like everyone else, also expects online advertising to ultimately rebound whenever the rest of the economy does.