BioWare gave us a deep dive into the sci-fi world of its online co-op shooter Anthem tonight at The Game Awards in Los Angeles. The reveal is a big one for the division of Electronic Arts, as Anthem is EA’s first major new intellectual property in a decade.

In a separate press briefing, BioWare game director John Warner and lead game producer Mike Gamble described the backstory of a place called Anthem. There, the gods were at work creating a whole planet, but then stopped during the middle of it and abandoned their efforts.

“The game takes place in an unfinished world,” Warner said.

Above: The Colossus in Anthem.

The gods left tools there for planet creation, but they pretty much left Anthem as a messed-up place. Humanity has occupied outposts and cities on Anthem, but some of the guardians have to fly out in Javelin suits (big flying mechs) to explore and pacify the surrounding areas.

One of the outposts is Fort Tarsis, named after a general who used to be the leader. It is the home base for the player and a community of ragtag humans dubbed Freelancers. Fort Tarsis is a like a frontier town, and you can only leave its safety in an armored flying suit, Warner said.

When you leave the fort in groups of four, there are multiple kinds of suits you can wear. The Colossus is like a tank with heavy armor and weapons. Others are called Storm, Ranger, and Interceptor. You can customize those suits as you wish.

The world of Anthem has fallen on hard times, and a lot of those missions have to do with protecting settlers or scavenging, as there is no mass production in Fort Tarsis. 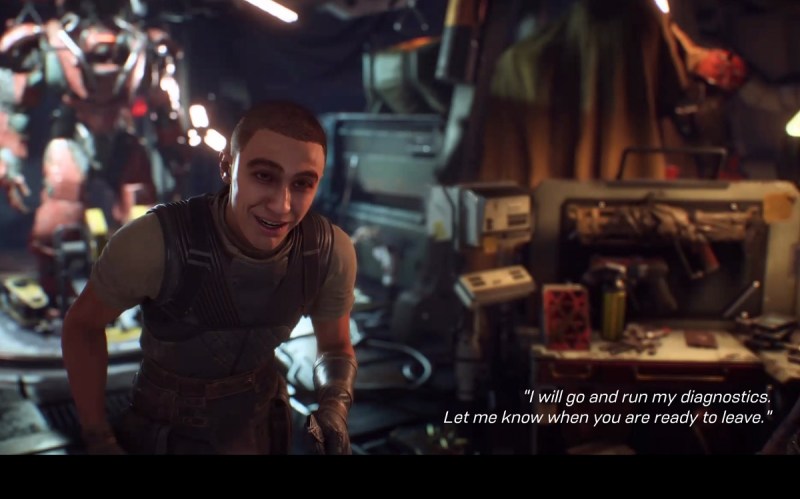 Above: Owen is a Cypher.

You’ll also run into a number of multicultural, multiracial characters as you perform missions, dubbed Tasks. Haluk, Faye and Owen are a class of support staff dubbed Cyphers. They are radio operators who keep you informed as you’re flying in your suit. Owen is happy go lucky, ambitious guy, Warner said.

Haluk’s motto is “The gears of this world are tuned for a quick death. Good thing i carry a wrench.” He’s a mechanic, and you have some history with Haluk going back in time. Over time, your relationship with him will evolve. 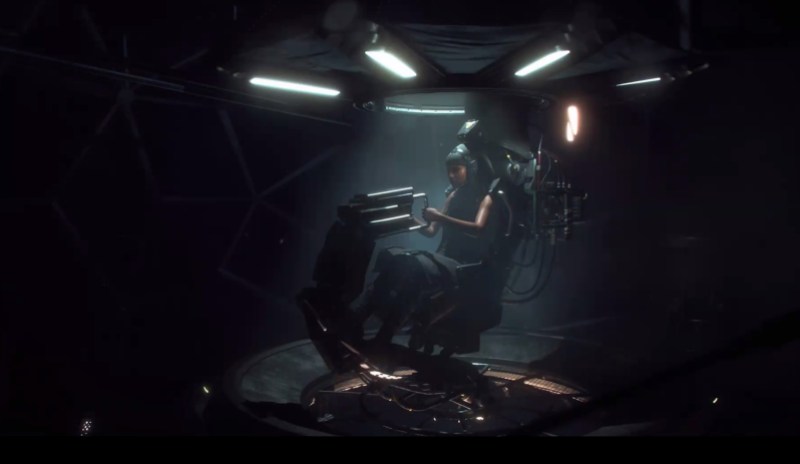 Above: Faye is one of the Cyphers in Anthem.

Faye’s motto is “The world is filled with mysteries. Chasing the solutions, that’s where the fun is.” She helps you navigate the dangers of the world while sitting in her Amplifier, which is a tech cockpit that lets her see data and tell you what’s happening. 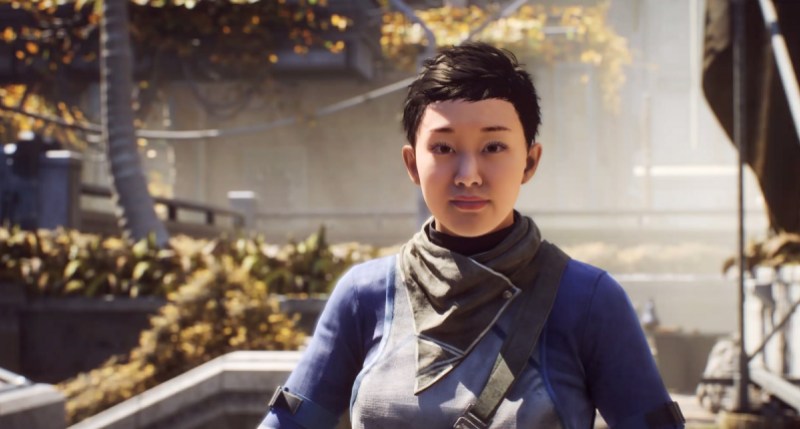 Above: Brin is part of the Sentinels, the police in Anthem.

Then there are Sentinels, like Brin, who are the police force in Fort Tarsis. Brin can give you assignments like protecting people. 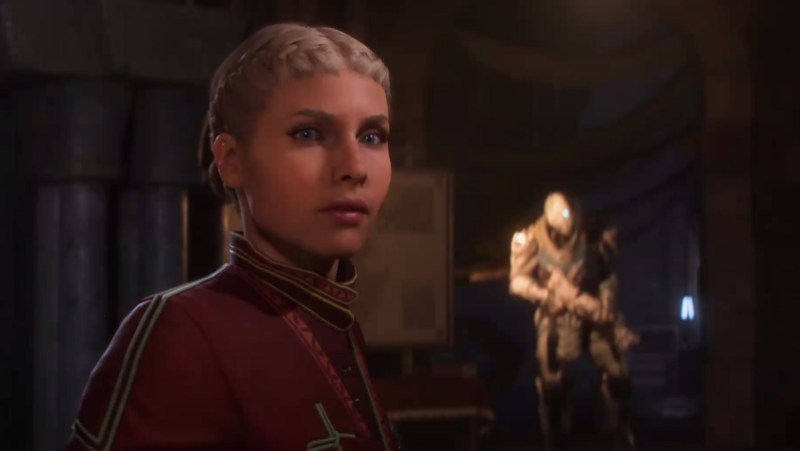 Above: Tassyn is a spy for Corbis in Anthem.

And there is Tassyn, who is part of Corbis, a spy agency that often comes up with assignments such as getting you to find a lost agent. They’re not working with you, as they have their own agenda and goals.

BioWare will let you lead the story. But Warner said that the developers will “set the table,” and make it interesting enough for you to keep coming back and feeling like it is your story.

If there’s an enemy faction, its the militaristic The Dominion, whose leader is The Monitor. The Dominion is a splinter group.

“They are an aggressive new faction,” Gamble said. “They have access to javelins too. They think the way to survival is peace through force and to keep people on a short leash in terms of freedom.”

The Monitor believes their work is for the sake of good, but they do a lot of bad things, Gamble said.