The ADL’s Center on Technology and Society released the survey today. I can relate to this. I caught a lot of grief for posting weak gameplay for Cuphead in 2017. And I got a couple of death threats and many hateful messages on Twitter when I said the upcoming Call of Duty: Modern Warfare had disturbing realistic violence in its single-player campaign.

The ADL said that among online game players who experienced harassment, 53% reported being targeted based on their race, religion, ability, gender, gender identity, sexual orientation, or ethnicity. An alarming 29% of online game players have been doxed in an online game, meaning that their personal or private information was publicly exposed against their wishes.

Above: A not-so-nice message about my Call of Duty story.

“Video games are an important and extremely popular form of entertainment. Nearly two-thirds of U.S. adults play games online, yet there are significant problems with hate, harassment and discrimination,” said ADL CEO Jonathan Greenblatt in a statement. “At ADL, we see online multiplayer games as social platforms, and we need to fight hate on these platforms with the same seriousness as traditional social media — and for us that starts with quantifying the problem through studies like this.” 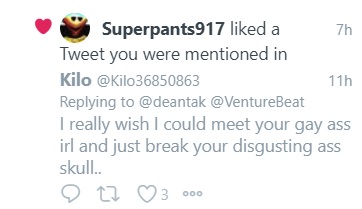 Above: Another message from a tweeter who disagreed with my Call of Duty coverage.

“Online hate causes real harm. Every time someone in an online multiplayer game physically threatens or harasses another player repeatedly because of who they are or what they believe, that experience doesn’t just end for that individual when the game is over,” said Greenblatt. “That’s why it’s imperative for industry leaders and policymakers to take action to prevent this poisonous ecosystem from overflowing and causing additional harm.”

The ADL’s report includes detailed recommendations for actions the game industry, civil society, and the government should take to reduce hateful content and harassing behavior in online games. 62% of online multiplayer gamers believe companies should do more to make games safer and more inclusive for players, and over 55% feel games should have technology that allows for content moderation of in-game voice chat.

ADL collected nationally representative survey results in collaboration with Newzoo, a data analytics firm that focuses on gaming and esports. There were 1,045 respondents, which included adults ages 18-45 years old who identified as LGBTQ+, Jewish, Muslim, African American and Hispanic / Latinx, and who played games across PC, console and mobile platforms. Surveys were conducted from April 19 to May 1, 2019, and the margin of error based on the sample size is four percent.

The survey also provided detailed analysis of the most popular games in the U.S. For every one of the 15 online games included in the survey, at least half of players reported they had experienced some form of harassment. The five games where players reported experiencing the most harassment were Dota 2 (79%), Counter-Strike: Global Offensive (75%), PlayerUnknown Battlegrounds (75%), Overwatch (75%) and League of Legends (75%).

Attacks on minorities and women 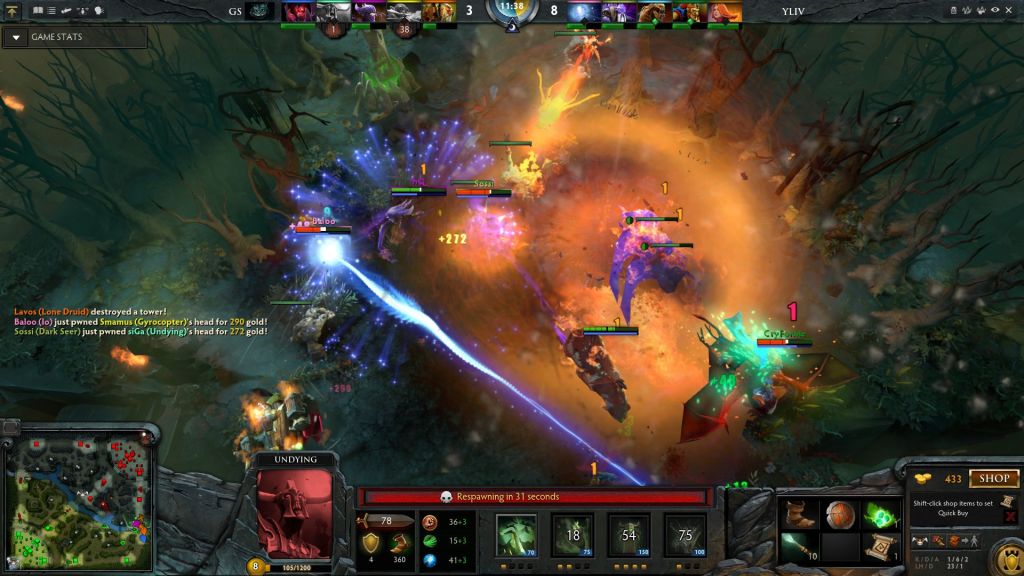 Above: Dota 2 players experience a great deal of harassment.

The survey sheds light on the lasting impact of online harassment on targets. For instance, 38% of online multiplayer gamers have become more careful about choosing their online partners out of concern for harassment, while 27 percent have changed the way they play out of concern for harassment. In addition, 23% of online multiplayer gamers who have been harassed avoid certain games due to a game’s reputation for having a hostile environment, and 19% have stopped playing certain games altogether as a result of in-game harassment.

However, the positive aspects of digital social spaces that exist inside online games include opportunities to connect, build friendships and communities, and learn. Eighty-eight percent of online multiplayer gamers have experienced some form of positive social interaction while playing online multiplayer games, including making friends (51%) or helping other players (50%).

This most recent survey comes on the heels of an ADL survey released earlier this year that looked at the experience of users on social media platforms and found that more than one-third of Americans experienced severe online hate and harassment, including sexual harassment, stalking, physical threats or sustained harassment.

Building on ADL’s century of experience building a world without hate, the Center for Technology and Society (CTS) serves as a resource to tech platforms and develops proactive solutions to fight hate both online and offline. CTS works at the intersection of technology and civil rights through education, research and advocacy.

With regard to the messages above, I reported them to Twitter. In one case, they took action and banned the sender.