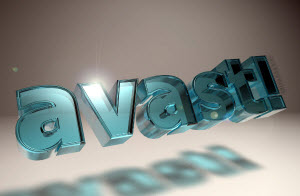 The investment comes on the heels of Intel’s $7.68 billion acquisition of antivirus vendor McAfee, as well as a number of other deals that have made security technology companies a hot commodity. Prague-based Avast has upset the traditional antivirus market by giving away its software for free. In this “freemium” model, the company tries to upsell users on paid software with more features. The software protects more than 100 million users.

The company depends on word-of-mouth marketing from its users, and its software now protects about one out of every five computers around the world. Avast claims that independent tests show its software protects better than paid products.

Avast was founded in 1988 by Eduard Kucera and Pavel Baudis. They have seen the number of virus threats and the scope of their business grow dramatically in the past two decades. “After writing a program to remove the Vienna virus back in 1988, it was about six months before I saw another virus. Now our Virus Lab adds 3,000 new virus samples a day to its database,” said Baudis.

The company launched its free distribution model in the early 2000s. Rivals include Intel-McAfee (merger pending), Symantec, Trend Micro, AVG Technologies, Avira, Panda, Kaspersky, F-Secure, Bit-Defender and Eset. The company has 120 employees and has not received outside funding before.