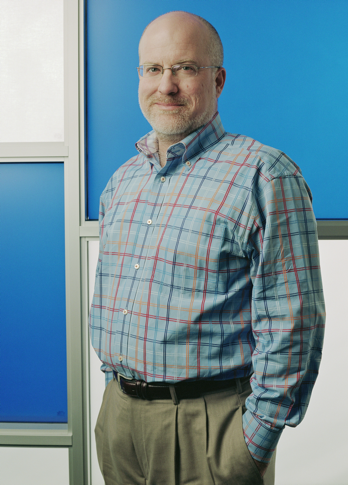 Now is a good time to be in the business of helping people find the school that’s right for them — and that’s within their budget. CampusExplorer is one of a crop of web companies trying to do so; it announced a second round of $2.25 million earlier this week, following up on a year of strong growth. I spoke with serial entrepreneur and company chief executive Jerry Slavonia recently to learn more about how his company is growing during the recession.

The Santa Monica, Calif. company provides a synthesis of vertical search features and a wide range of other data about thousands of institutes of higher education, to help any prospective student find the place that’s right for them. You can easily tailor your search by type of school, geography, potential major, and other features. Broadly speaking, it competes against established companies like U.S. News and World Report’s college rankings, and startup college-review sites like Unigo.com and many others.

CampusExplorer increased its traffic by 50 percent between December and January to 400,000 monthly unique users, Slavonia tells me. He says the company’s constantly increasing traffic from search results makes it unclear if more people are going to the site to find a place to retrain after recession-fueled layoffs. Considering the many news reports about students and parents looking for affordable, quality schools due to recession-driven layoffs and tighter budgets.

“All roads lead to the same few [elite] schools” if you believe some of the nationally-known college ranking services out there, Slavonia tells me. “There’s a complete lack of focus on the consumer — we thought the consumer was really being manipulated.” The reality, as he and businesspeople know, is that its not so much where you go to school as what you get out of it for yourself. A Wall Street Journal article last fall highlighted this. Titled “Any College Will Do,” it looked at why the majority of chief executives at the most successful companies — like Intel chief executive and University of San Francisco grad Paul Otellini, and Costco chief executive and San Diego City College grad James Sinegal — were not Ivy League grads. From the article:

What counts most, CEOs say, is a person’s capacity to seize opportunities. As students, they recall immersing themselves in their interests, becoming campus leaders and forging strong relationships with teachers. And at state and lesser-known schools, where many were the first in their families to attend college, they sought challenges and mixed with students from diverse backgrounds — an experience that helped them later in their corporate climbs.

Slavonia is himself an example: The San Francisco State grad was a senior executive at apartment-search site Rent.com, which sold to eBay for $433 million in 2005. He got the diversely-educated “band back together” from that startup to found CampusExplorer in 2007. The team, which ranges from Ivy-Leaguers to self-educated folks, had noticed the potential for helping prospective students find the right school while figuring out ways to get that demographic to use Rent.com, as Slavonia told socalTECH that year, after the company raised its first round. Note: He tells me the previously undisclosed amount of the first round was for $1.65 million.

The company will use the new round of funding, led by OCA Venture with Origin Ventures and existing investor Rincon Venture Partners participating, to develop its product and technology. It intends to make the site as widely useful as possible, so anyone from juniors in high school to parents looking to squeeze in night classes.