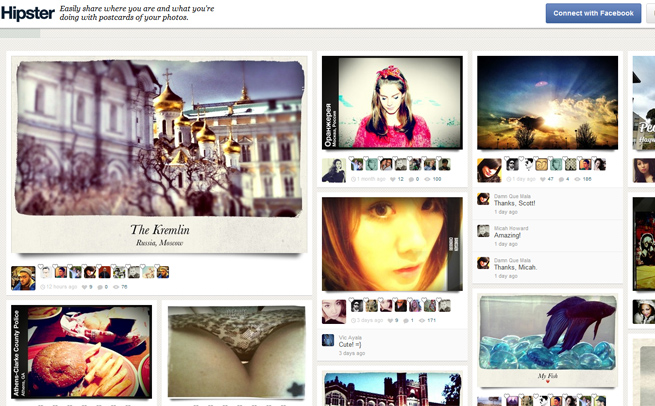 AOL will try to add some cool to its mobile team with the just-announced acquisition of iOS and Android photo-sharing app Hipster.

Hipster was launched in 2011 and is probably best known as the startup that offered a year’s worth of PBR to two of its new hires. Its applications and website allow more than 100,000 users to create postcards from photos taken on iPhone and Android devices. The postcards become attached to the locations they were sent from so it can be easier to document memories.

Five Hipster employees, including Ludlow, will join the AOL team under mobile director Sol Lipman. Ludlow said that during the next few weeks, thanks to AOL’s help, the team will release a new version of its iOS app, some updates to its Android app, and “significant tweaks” to the website.

“We’re thrilled to be part of AOL because it will give us new resources,” Ludlow said. “This will give us more breathing room and access to some very smart people.”

The terms of the deal were not disclosed. Ludlow said “guesses and tweets around the web have all been wrong so far.”