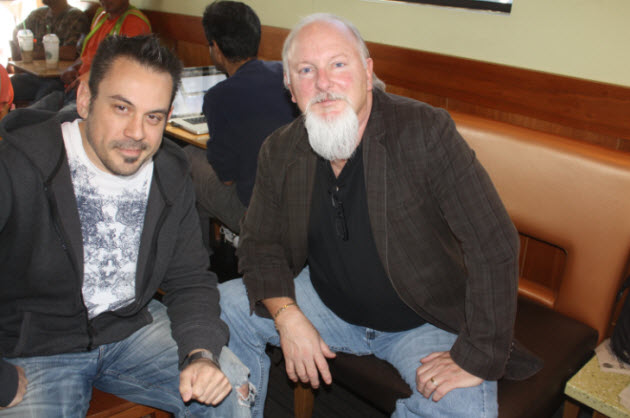 AOL has gotten a lot of ink about its new CEO Tim Armstrong and its attempt to revitalize its presence in media, particularly local media, through Patch.com, a startup Armstrong backed and AOL acquired. But as AOL rushes into local news, it will likely run smack into Examiner.com, which already has a big chunk of the market.

Few have heard of Clarity Digital Group, the owner of Examiner.com and a property of Denver-based The Anschutz Company. But that may change as news of its success spreads. Started in the spring of 2008, Examiner.com now has 19 million unique visitors a month and 54 million page views a month for its local news and reviews. 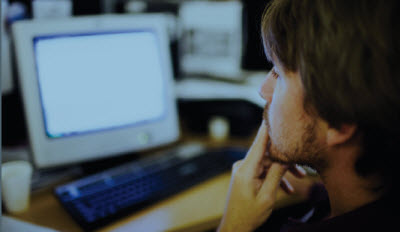 “There is a lot of talk about AOL and how they are doing cover local communities with Patch,” said Leonard Brody, president of Clarity Digital. “We feel like we are already there.”

While there are some professional news journalists producing material, most of its is produced by 55,000 amateur writers who know the local neighborhoods that they’re writing about. It’s applying the concept of crowdsourcing, tapping the wisdom of the masses, to journalism — though in Examiner.com’s case, the amateur writers are all paid based on ad revenues and measures of engagement with their stories.

The rush is on to claim the turf of hyperlocal news and advertising, where billions of dollars are at stake. Newspapers are dying, yet no one has come to replace them in local online markets. Examiner.com deliberately avoids the role of being an online newspaper, whose role is more like being the watchdog of a community. Rather, Brody sees his company’s role more as reinventing the town square.

“We want to connect those who are passionate about their own community,” he said in an interview.

While national and global audiences have been aggregated by the likes of CNN, Yahoo, and Google, nobody really dominates hyper local, which is the opposite of a mass market and which is defined by its neighborhood focus where the content is created by locals and consumed by locals. As mentioned, billions of dollars are spent in hyperlocal venues, but big corporate advertisers find that the customers hard to reach. That’s because it’s like trying to become a millionaire by picking up all the pennies in a field.

One big difference is that newspapers hire journalists while Examiner.com hires examiners. Examiners are local experts, usually not journalists, who are passionate about subjects such as pets. They are not the conscience of the community, but a reflection of it, Brody said. They could post about local dog parks or write restaurant reviews. They are paid based on a complex formula that includes how many page views they get, how many views come from local readers, and how much users are engaged with their posts, said Rick Blair, chief executive of Clarity Digital. Most of the examiners do not make a living on their posts, but view the work as an avocation. For instance, a former New York Times writer is an examiner focused on cycling in New York City.

“We give the examiners a platform for their passion and they find that very rewarding,” Blair said. “The more exposure and recognition they get, the hapier they are.”

It seems to be working. The company started with just six markets covered by 100 examiners. Clarity Digital got funding from telecom billionaire Phil Anschutz, who owns the San Francisco Examiner and the Washington Examiner. (Aside from having an investor in common, Examiner.com is not related to those news properties, which operate on their own domain names.)

With Anschutz’s backing, it was able to patiently add new markets. Now the company serves 238 markets in the U.S. and Canada. Some 150 cities were added this year.

In Los Angeles alone, the company has 2,000 “examiners,” its name for its local writers. That’s larger than the journalist staff of the Los Angeles Times. During the recent Los Angeles fires, one examiner who had firefighting skills was blogging and fighting the fire at the same time.

About 35 percent to 45 percent of the network’s examiners are active in a given month. On average, they write six or seven articles a month. Over time, that has added up. Examiners produce 3,500 articles a day, and the archive of articles is 1.5 million on everything from where to find parking in Chicago to good places to eat in Los Angeles. Blair said the company’s core competency is recruiting good examiners and grooming them.

While these writers aren’t doing investigative journalism, they aren’t paid shills either, Blair said. He actually approached major advertisers to see if they wanted to pay writers to produce articles about their goods and they said they wanted genuine work. Advertisers may sponsor campaigns such as a major series on pets, but the work is not paid advertorial. Advertisers can sponsor an examiner if they want a certain kind of topic covered. The ideal examiner post will produce water cooler talk, not straight hard news.

While the pay isn’t huge (and Examiner.com officials wouldn’t provide details), Examiner.com is now getting 10,000 applications a month fo examiners. It vets each application and accepts about 40 percent of them, after looking at sample stories and writing skills (and doing criminal background checks). The writers can focus on any of 200 categories or subcategories. the writers can look at a dashboard and see how much money they have made in a month.

Examiner.com is making money through local ads, examiner sponsorships, and campaigns that are targeted via Examiner Connect, which combines content creation with social media and search engine optimization techniques. The company did a campaign with pet food maker Iams related to pet adoption. That resulted in much better search results for searchers on the words “pet adoption” and “Iams.” On such campaigns, the competition isn’t as fierce.

Even as it adds examiners, the costs expand only as more revenue comes in, Blair said.

Examiner.com has about 100 employees on staff.