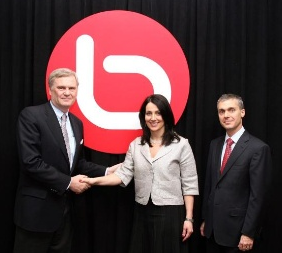 Earlier today, TechCrunch UK published a long article detailing how social network Bebo first bamboozled AOL into buying it for $850 million last March, then failed to live up to anywhere near the price tag. The report, based on multiple anonymous sources, concludes that AOL may even be looking at getting rid of Bebo entirely. A Bebo spokesperson tells us the report is “absolutely ridiculous,” in part because Bebo is a key part of AOL’s ongoing plans to expand its reach on the web.

Bebo launched a new interface called “Social Inbox” last December that lets you read multiple email accounts and social web services (Twitter, Flickr, etc.) within a central interface. It also integrates AOL’s AIM instant message service so you can see status messages from friends on the site. We’ve separately been hearing that AOL is looking at building an instant-message protocol aggregator, not unlike Meebo’s CommunityIM service. While we’ve heard AOL’s IM plans are in the early stages, Bebo tells me today that it is “really pleased” with how Social Inbox is going. Bebo says it will have more announcements on the product front in February and March.

So was the TechCrunch article out to lunch? It discusses how prior to purchase, Bebo convinced a wide range of media companies, agencies and brands that it was the future of social networking — causing AOL to pay so much. That’s certainly possible. And there are other reasons to be skeptical of Bebo’s present situation. It has a relatively small user base compared to market leaders like Facebook and MySpace. Bebo grew from 20 million monthly active users in November of 2007 to 24 million monthly active users a year later, according to comScore — still a fraction of the size of its larger rivals. Facebook is rumored to have made around $250 million in revenue last year, and MySpace is rumored to have made around three times that (why? MySpace says it is focusing on monetization, Facebook says it is focusing on product development). Meanwhile, Bebo only made $20 million in revenue in 2007, according to one report. As we first reported, late 2007 was when Bebo put itself on the block — AOL executives almost certainly knew at the time what they were getting into.

Perhaps the disgruntlement cited in the TechCrunch report comes from lack of Bebo revenue in 2008? But given Bebo’s role in potentially making AOL an interesting product company again, getting rid of Bebo now would be the best way to guarantee that AOL ends up with absolutely nothing from the purchase.