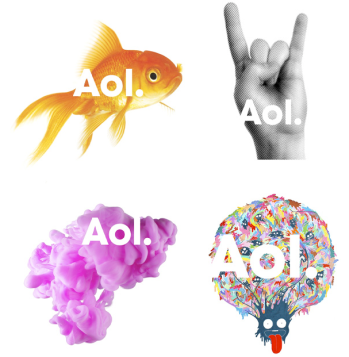 AOL says it lost $1.05 billion ($9.89 a share) during the second quarter — attributing the chasm to a write-down on its sale of social networking site Bebo and instant messaging service ICQ.

The company, which has been undergoing a major restructuring since former Google ad sales chief Tim Armstrong took the helm last March, reported $584 million in revenue. Wall Street analysts had predicted it to hit at least $602 million — giving the company the benefit of the doubt considering the $1.41 billion goodwill charge it paid for slashing its assets.

AOL is trying to message its losses as positively as possible, arguing that a lot of revenue was sacrificed as part of the company’s vast, all-encompassing makeover. Last November, it unveiled its big rebranding campaign, transforming AOL to Aol. But the shift failed to grab attention. Then it announced a fresh content strategy, saying it would hire “hundreds” of reporters and editors to turn AOL into an information powerhouse, but this only seemed to spur a number of executive defections.

And it still very well might be. The company attributes its falling ad revenue to big changes in the site designed to improve user experience, claiming that $70 million of the $110 million dip was caused by product changes. The idea is that once the AOL brand and site are repositioned, ad revenue will rebound.

During the earnings announcement, Armstrong says he fully expects the company to stabilize within the next year, and is so confident that he has invested his own money in the company. He cites the fact that AOL has quadrupled its cash balance to $580 million, up from a year ago, as an indicator of future health.